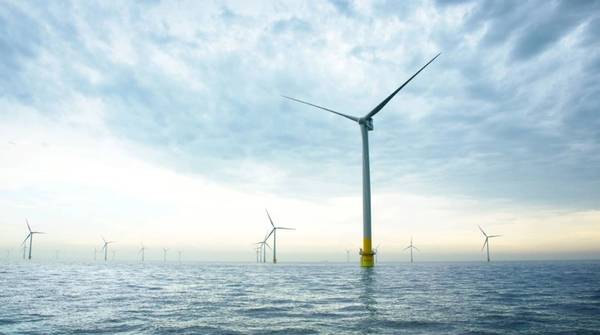 Offshore wind developer Vattenfall has received regulatory consent for the development of the 1.8 GW Norfolk Vanguard Offshore Wind Farm off the UK.

The consent was granted earlier this week by the UK Secretary of State for Business, Energy, and Industrial Strategy Alok Sharma, following a delay to grant it in June.

The wind farm, to be constructed off the coast of Norfolk, will have the capacity to power around 1.95 million homes and will have between 90 and 180 wind turbines installed. This will depend on the capacity of the turbines selected. The first power is expected in the mid-2020s.

“We’re delighted to receive planning consent for Norfolk Vanguard. This decision justifies the confidence that we have in the offshore wind sector in Britain, and we’re looking forward to developing the project and benefiting the local community.

“Vattenfall’s purpose is to power climate smarter living. Decarbonizing our economies starts with one of the most essential resources – electricity. Today’s news sends a strong signal that the UK is serious about its climate ambitions and is open for business to power a green economic recovery.”

Danielle Lane, Country Manager and Head of Offshore Wind for Vattenfall in the UK, said: "This is a great step forward in the battle against climate change, to increase jobs and skills in the East of England, and for the offshore wind industry as a whole.

"Today is also great news for people living locally, who we’ve been working with over the last four years to develop this project. They can look forward to a multi-billion pound economic boost, bringing with it hundreds of new long-term jobs, driving forward a green revolution and helping to level up UK opportunities.

"It’s vital that other shovel-ready renewable and low-carbon projects are also given the go-ahead as soon as possible. Delays of even just a month or so can set back big infrastructure developments by years in some cases. The UK has to go much further, much faster, if it’s going to reach its net-zero targets."