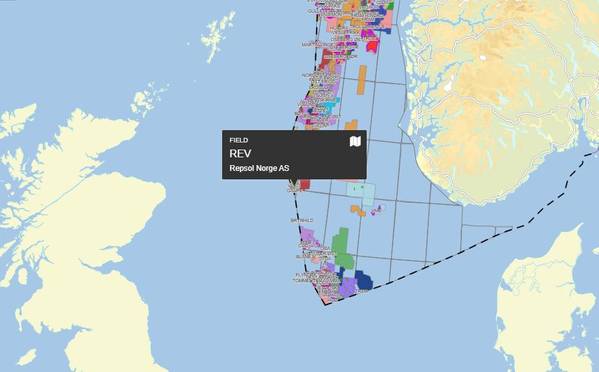 Spanish oil company Repsol has received consent from the Norwegian regulators for life extension of the Rev field in the North Sea.

The field, part of production license 038 C, for which Repsol Norge is the operator is located near the UK border in the southern part of the Norwegian sector in the North Sea, four kilometers south of the Varg field.

This production license was previously valid until April 1, 2021, but has now been extended to December 31, 2023.

"On this basis, Repsol has applied to the PSA for consent to extend the life of the field. We have now given Repsol consent to use the facilities at Rev until 31 December 2023," The Petroleum Safety Authority Norway said Friday.

The Rev field, discovered in 2001, and roduction from Rev started in 2009, but it has then decreased to the point where the field produces intermittently at times of appropriate reservoir pressure.

The field has been developed using a subsea template with three gas production wells tied to the Armada field on the UK continental shelf.

According to norskpetroleum.no, negative pressure development starting from 2012 resulted in cessation of regular production in 2013.

It has, however, been possible to produce the wells with very short production periods and long pressure build-up periods. It is expected that cyclic production will continue until decommissioning begins, information at norskpetroleum.no website shows.