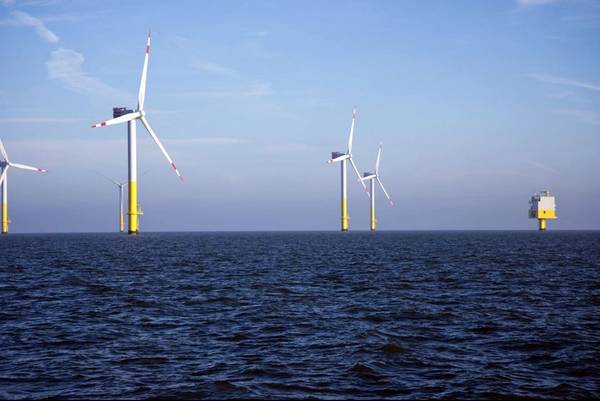 German power grid company Amprion on Wednesday unveiled long-term plans for joint European offshore wind links in the North Sea and announced a trebling of spending in the next 10 years.

Amprion, with 11,000 kilometers of high voltage transmission lines in western Germany, is the second biggest of four regulated operators of grids criss-crossing the country and offshore, which fund themselves via consumer fees.

"If we want to have a climate-neutral energy system by 2050, we have to start developing it today," Chief Executive Hans-Juergen Brick said in a webcast with reporters.

Equivalent to 200 nuclear plants, the target is part of the European Union's Green Deal policy to decarbonize the economy.

In the first quarter, Germany produced 43 billion kilowatt hours from onshore wind and 9 billion from offshore, together accounting for 33% of electricity production, data from industry association BDEW shows.

To manage the increasing share of offshore wind, Brick said technical standardization needs to start now because cables and onshore links can each require 10 years to construct.

He also gave details of planned funding for Amprion, whose owners include RWE and Munich Re.