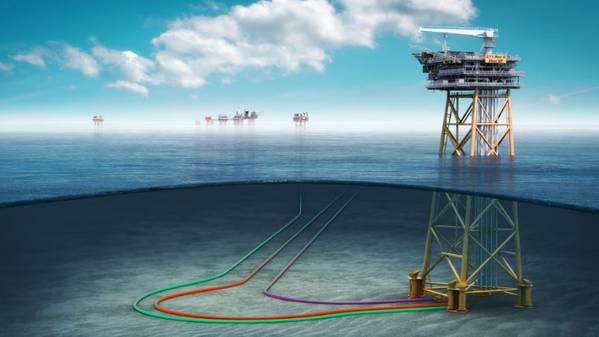 Norwegian oil firm Aker BP, with its partner Pandion Energy, has filed the plan for development and operation (PDO) of the Hod offshore field to the Ministry of Petroleum and Energy.

The Hod field will be developed using a normally unmanned installation remotely controlled from the Valhall field center, with low CO2 emissions due to power from shore.

Hod is among the first projects to be realized under the temporary changes to the Norwegian petroleum tax system recently introduced.

Total investments for the development are estimated at around USD 600 million and the total employment effect is estimated to 5000 FTEs. The production start is planned for the first quarter of 2022.

Recoverable reserves for Hod are estimated at around 40 million barrels of oil equivalents. Aker BP is the operator with 90 percent ownership interest. Pandion Energy is a partner with 10 percent interest.

"With projects like Hod, we are creating significant value both for our owners and for the society at large, while we contribute to maintaining the capabilities of Norway's world-class supply industry, says CEO in Aker BP, Karl Johnny Hersvik.

The Hod field was in production via a dedicated unstaffed wellhead platform, remote-controlled from Valhall, from 1990 until it was shut down in 2012. There has also been limited production from the Hod field via the Valhall Flank South platform.

When the Hod wellhead platform was shut down, just 20 percent of the resources in place had been produced. The shut down platform will be removed and the field will be now redeveloped, as mentioned earlier, by installing a new wellhead platform tied into the Valhall field center. The recoverable reserves are estimated at about 6.4 MSm3 oil equivalents.

“It is very gratifying that the companies have found it profitable to redevelop Hod to increase recovery of the remaining resources,” says Arvid Østhus, the Norwegian Petroleum Directorate's assistant director in Development and operations.