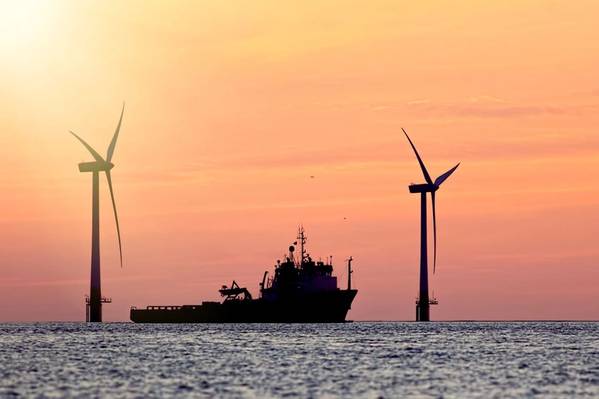 Illustration only; Image by Ian Dyball/AdobeStock

China's Jutal Offshore Oil Services Limited has said it has won orders to build components for an offshore wind farm and an FPSO, for unnamed clients.

Jutal said in a statement that the contracts were awarded to Zhuhai Jutal Offshore Oil Services Limited, its fully-owned subsidiary.

According to Jutal, Zhuhai Jutal Offshore Oil Services has been awarded several construction contracts, including the construction of fifty sets of offshore wind power equipment for a European offshore wind farm project, and fabrication of topside modules for an offshore floating production storage and offloading facility (“FPSO”).

The total contract value is approximately RMB2 billion (USD 283.1 million). The deliverables are expected to be completed in the next 19 months, Jutal said.

While the identity of the clients was not revealed by Jutal, some UK media outlets have reported that Jutal will be supplying jackets for the recently sanctioned giant Seagreen offshore wind farm in the UK.

Offshore Engineer has reached out to SSE, the operator of the Seagreen project, seeking confirmation of these reports.

A spokesperson for Seagreen said: "The subcontracts for the remaining jackets on the Seagreen offshore wind farm project are still under negotiation."

UAE-based Lamprell has recently confirmed it will be building 30 substructures for Seagreen offshore wind farm, under a contract awarded to it by Seaway 7, the Renewables business unit of Subsea 7, the lead engineering, procurement, construction, and installation contractor on the giant wind farm.

Seagreen will feature 114 V164-10 MW wind turbines, to be delivered by MHI Vestas.