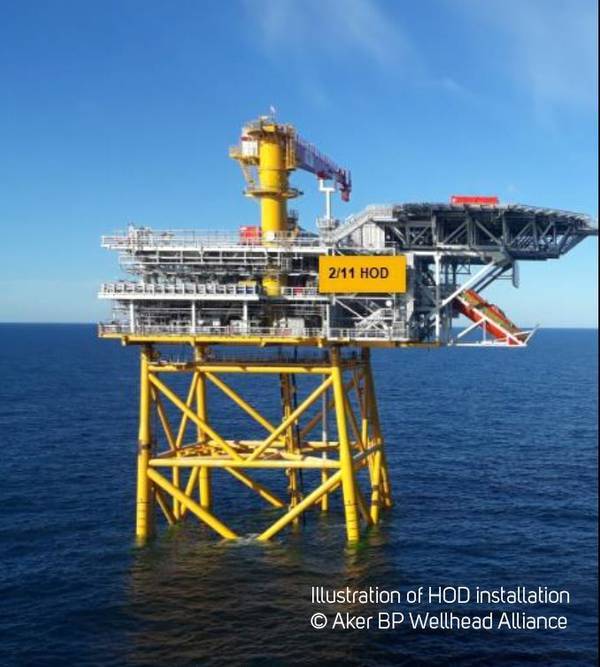 PG Flow Solutions has won a contract to supply pump systems for AKER BP's normally unmanned wellhead platform to be used at the planned Hod field development in the North Sea, offshore Norway.

Aker BP last week made the final investment decision for the Hod project. The platform will be built by Kvaerner.

PG Flow Solutions said the contract award followed an agreement between a broad political majority in Norway to make temporary changes to the Norwegian petroleum tax system. The Hod development in the Valhall area is Aker BP’s first project to be launched as a direct result of the tax changes.

Steve Paulsen, CEO of PG Flow Solutions: “It is reassuring to see that operators stay true to their word and initiate projects that were put on hold as a consequence of the extraordinary negative effects caused by the Covid-19 outbreak. New projects allow us, as a supplier, to continuously evolve our offering in order to help make field developments more competitive and to increasingly apply this competence in other industries, such as aquaculture, fisheries and renewables, as we have done over the past decade."

The planned wellhead platform to be named “Hod B” is the second project in the Wellhead Platform Alliance, which was established in 2017 by Aker BP, Kvaerner, ABB and Aker Solutions. The alliance’s first project was the successful Valhall Flank West field development, including its normally unmanned wellhead platform which came on stream in 4Q 2019.

PG Flow Solutions has not disclosed the value of the contract, which is subject to government approval of the plan for development and operations (PDO). The company will manage the project out of its facility in Sande, Vestfold, Norway.

The contract is almost identical to the pump system delivery that PG Flow Solutions made to Aker BP and the Wellhead Platform Alliance for the Valhall Flank West wellhead platform in 2018, PG Flow Solutions said.

“Re-using already proven solutions and development plans reduce costs and risks for both suppliers and the operator. We are therefore very comfortable with the scope of work and delivery schedule indicated for the Hod platform too,” says Mark Tuinman, sales manager – energy, at PG Flow Solutions.

The Hod field is located in Block 2/11 in the southern part of the Norwegian sector of the North Sea, approximately 12 km south of Valhall Central Complex, 6 km south of the Valhall Flank South platform. The operator is Aker BP AS, holding 90 percent working interests, with Pandion Energy AS as the sole license partner holding the remaining 10 percent.