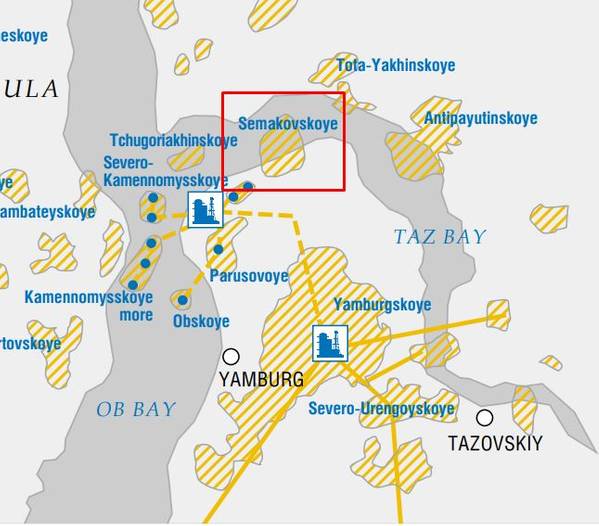 Russian oil and gas companies Gazprom and RusGazDobycha have reached a final investment decision for the development of the Semakovskoye gas field in the Taz Bay in Yamal-Nenets Autonomous Area.

The field, which is located in the waters of Taz Bay and partly on land in the Taz Peninsula, is classified as large: its recoverable gas reserves exceed 320 billion cubic meters, Gazprom said this week.

The project is operated by RusGazAlyans, a JV between Gazprom RusGazDobycha.

"The configuration of the development project is fully defined, including the priorities for the construction and commissioning of production and transmission facilities, the procedure for recording and purchasing extracted gas, and the ongoing efforts for attracting project financing from Russian credit organizations," Gazprom said. The company did not say how much the development would cost.

As part of the first stage of pre-development, RusGazAlyans started development drilling.

In addition, motorways and sites for production facilities are being built at the field, and logistical resources are being brought to the area, Gazprom said.

According to the project schedule, the active phase of construction and installation is going to begin in the second half of 2020.

Commercial production at the Semakovskoye field is slated to start in 2022. By that time, 19 wells will be built there. The extracted gas will be fed into Gazprom's gas transmission system.