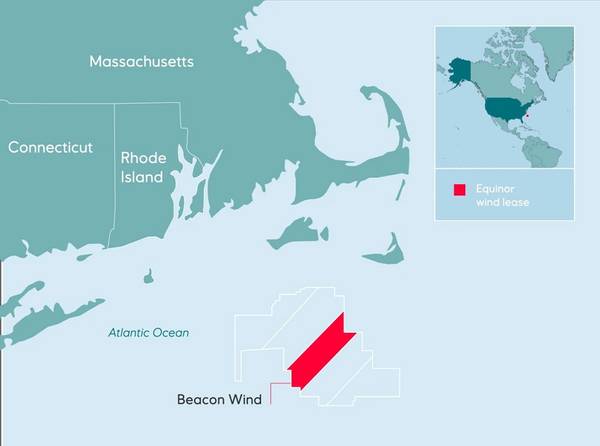 Norwegian energy company Equinor has officially named its wind project off the coast of New England, USA. The name is Beacon Wind.

"Beacon conveys a sense of hope and guidance, qualities that we value very highly at Equinor, especially now,” said Siri Espedal Kindem, President of Equinor Wind U.S. “Equinor is making substantial progress, even during these challenging times, in strengthening our ability to deliver renewable energy and further advancing our ambitions in the U.S.”

The project initiated wildlife surveys in 2019 and this summer will undertake survey work to characterize conditions of the lease area including geologic conditions, benthic habitat, and presence of obstructions and sensitive resources that will be considered during the development of the offshore wind project.

When complete, Beacon Wind will power to more than a million households in the Northeast.

Equinor said that Beacon Wind would be a key contributor to Equinor’s strategic position in the U.S. alongside its 816 MW project in New York, Empire Wind.