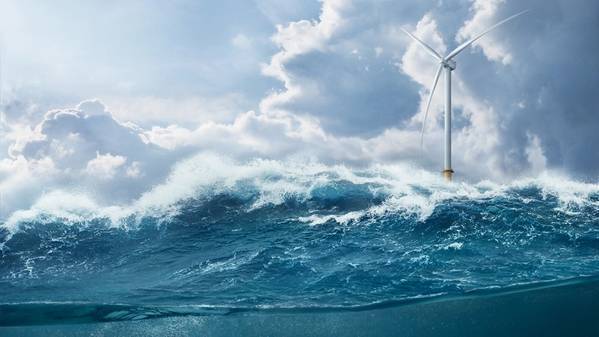 Siemens Gamesa Renewable Energy's new wind turbines with up to 15MW capacity have been earmarked for an offshore wind project in the U.S.

First, the company on Tuesday morning said it was planning to deploy the giant SG 14-222 DD offshore Direct Drive wind turbines at the 300 MW Hai Long 2 project in Taiwan.

"This project will be home to Siemens Gamesa’s latest offshore turbine variant having the capability to produce up to 15 MW with a 222-meter rotor. The exact quantity of turbines to be deployed is subject to final project site conditions. All turbine installations are expected to be completed by 2026," SGRE said.

The agreement is subject to certain conditions including Dominion Energy’s final investment decision, governmental permitting, and other required approvals.

Once online, the project is expected to provide enough power for 650,000 homes at rated wind speed, avoiding 3.7 million tons per year of carbon emissions compared to fossil fuel-based power generation.

Siemens Gamesa was named as the preferred turbine supplier for the CVOW commercial project in January 2020.

Siemens Gamesa continues to work with local stakeholders to investigate a potential blade manufacturing facility for these turbines on the East Coast, potentially the first facility custom-built to manufacture components for the SG 14-222. Decisions on sourcing and supply chain to serve the U.S. market are expected to be made within the next year, the company said.

“Dominion Energy’s selection of the SG 14-222 DD offshore wind turbine for deployment is an important next step for the sizable project, the U.S. offshore wind industry, and the global offshore wind industry. In these turbulent times, where the winds of change are stronger than ever, and we’re thrilled to join forces to create even more renewable energy for generations to come,” says Andreas Nauen, CEO of the Siemens Gamesa Offshore Business Unit.

“It’s only fitting that the U.S.’s largest offshore wind project will feature the largest installation announced to date of Siemens Gamesa’s largest offshore wind turbine. We are proud to partner with Dominion Energy on such a significant project,” says Steve Dayney, Head of Offshore North America at Siemens Gamesa Renewable Energy. “The offshore industry is emerging in the U.S. and with this agreement and this new product, we are positioned to significantly advance the growth of the industry and provide clean energy for many generations to come.”

According to SGRE, the turbine’s 222-meter diameter rotor, just shy of the length of the USS Wisconsin, one of the largest battleships built by the U.S. Navy and currently residing in Virginia, uses the new Siemens Gamesa B108 blades.

Nearly 50 feet taller than the Statue of Liberty, each 108-meter long IntegralBlade is cast in one piece using patented Siemens Gamesa blade technologies.

At 39,000 m2, the turbine’s swept area is equivalent to approximately seven NFL football fields. It allows the SG 14-222 DD to provide an increase of more than 25% in Annual Energy Production compared to the SG 11.0-200 DD offshore wind turbine, rated at 11 MW with a 200-meter rotor.

Dominion Energy’s commercial offshore wind project expands on knowledge gained through the two-turbine,12-MW CVOW pilot project which will be installed within a research lease area adjacent to site of the 2,640-MW commercial project. It is the first offshore wind project to be built in U.S. Federal waters and will utilize Siemens Gamesa’s 6-MW SWT-6.0-154 wind turbines. The pilot project is set to be online later this year.