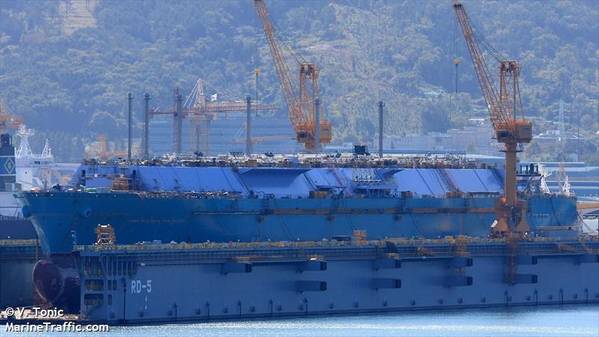 Photo of a previous FSRU project by DSME - Image by V. Tonic - MarineTraffic

In a statement on the Korea Exchange, DSME said the contract was worth around 411 billion South Korean Won, or around $330 million.

DSME did not say who the client was, except that it was a shipowner based in Central America.

The vessel is expected to be delivered in late-June 2023.

According to South Korea's Yonhap News Agency, the deal will become effective after the client makes a final investment decision on the project.

Further, citing DSME, Yonhap said that the client would provide compensation for the costs related to the construction of the FSRU, if the final investment decision is not made.