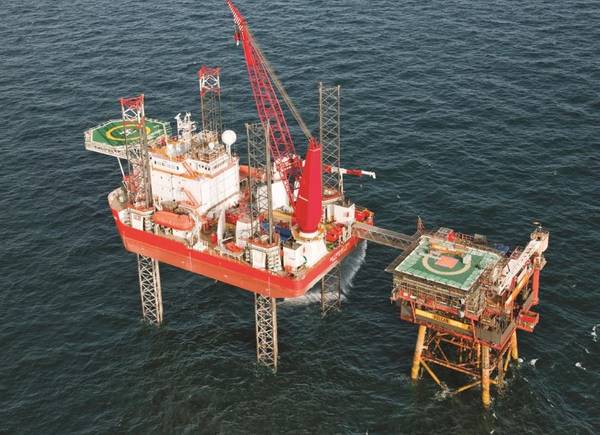 Offshore jack-up rig company Seafox has increased its ownership in rival and takeover target Gulf Marine Services to 16.39 percent by acquiring 9,38 million shares in GMS on the market at a price of 10 pence per share on Tuesday.

The Dutch company also made a "no increase" statement, meaning that if it makes a firm offer to take over GMS, the offer price will be at a price of either 10 pence per share or US$0.09 per share, depending upon which is higher based on the prevailing exchange rate at the time of any such firm offer.

The Dutch owner of a fleet of offshore jack-up service vessels Seafox late in April made a non-binding proposal to take over the UAE-based jack-up specialist GMS. Both companies provide offshore service support jack-up units for hook-up and commissioning in the oil & gas and offshore wind industries.

The proposal was for a possible cash offer for the entire issued and to be issued share capital of GMS by a wholly-owned subsidiary of Seafox, at a value of US$0.09 per GMS ordinary share.

A couple of days later, GMS' Board rejected Seafox's advance saying the offer was "wholly opportunistic" and made at a time of significant macro uncertainty caused by Covid-19.

"This has resulted in depressed share prices globally, particularly in the Energy sector, and it has, the Board believes, resulted in the Company's shares trading at all-time lows recently," GMS said.

Seafox on Tuesday said it hoped that the GMS board will re-consider their rejection "in light of this significant increase" from Seafox's initial proposal.

GMS on Wednesday noted Seafox's statement on further shares acquisition and on no increase in offer price beyond 10 pence a share.

"The Board will meet to consider the announcement by Seafox and a further announcement will be made when appropriate. At present, shareholders are advised to take no action," GMS said.