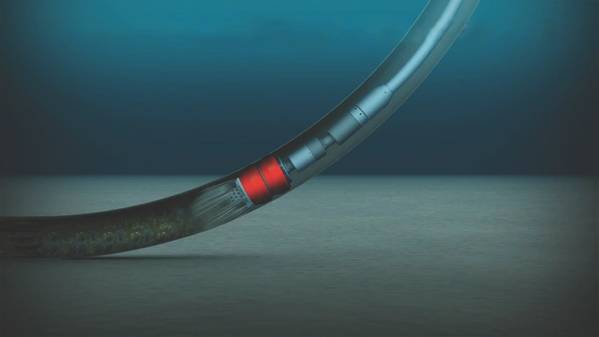 Flow assurance can keep offshore wells productive, and it requires successfully preventing or mitigating problems in the reservoir, the subsea flowlines and the topsides equipment.

To prevent flow assurance problems, it’s necessary to identify potential issues, then determine how best to resolve those issues. But preventing a problem in one area can have knock-on effects in another. Bringing flow assurance experts onboard early-on during the design phase makes it possible to devise a holistic systems approach to keeping a particular well or field online.

At its most basic, flow assurance is about preventing anything from interrupting the stream of hydrocarbons from moving out of the reservoir through the flowlines and up to the topsides facility. Typical offenders are scaling, paraffins, asphaltenes, hydrates and corrosion. The mix of challenges varies by region, with the Gulf of Mexico having more issues with asphaltenes and hydrates in deeper waters, while the North Sea more commonly has scaling and paraffin issues. Some areas like the North Sea have to grapple with exotic scales, like strontium sulfate.

And finally, as a reservoir produces, its flow assurance issues evolve.

“There’s nothing worse than when a producing well stops producing because of some flow assurance-related issue you hadn’t seen before,” says Karthik Annadorai, executive vice president at GATE Energy. For the E&P company, “it’s bad news if they drill a dry hole, but it’s worse news when you drill a well, it starts producing and then has to shut in because of flow assurance problems. That can be catastrophic.”

Remediation is costly, not just for the cost to carry out the remediation operation, but because of the lost production. Risk mitigation can prevent the need for remediation.

Success with flow assurance requires maintaining the subsurface, subsea system and topsides even as the issues presented in each area evolve as the reservoir produces, he says.

But it doesn’t start there.

The most critical intelligence an E&P company can get about what potential flow assurance issues a new reservoir poses will come from the fluids sample. The fluid sample makes it possible to determine how the fluids behave when analyzed along with the reservoir temperature and pressure conditions.

“If you have a bad sample, anything that you test will be bad. Your results will be bad,” Annadorai says.

Bad samples happen, he says, when they are taken from the wrong zone or are contaminated. Whether on a bad or good sample, the tests that are carried out will either be on “live” oil or water or “dead” oil or water. Live fluids have been maintained at reservoir pressure, while dead fluids have not. Live fluid samples are more costly to obtain, but both types are needed for the full gamut of testing that drives understanding of the production chemistry.

Sometimes, there’s just not enough sample fluid to carry out all the tests needed to create a clear picture of the potential flow assurance challenges, Annadorai says. It can take nearly half a day to obtain live fluid samples, and the spread rate of the drilling rig can become a factor. Ideally, he says, sampling techniques in the future will be vastly improved to reduce the purging time needed to take a pristine reservoir fluids sample.

“One of the biggest complaints is, ‘I don’t have enough sample, so I can’t test,’” he says.

A decision to try to save money during the fluids sampling operation can have cascading effects, particularly if the project becomes a multi-billion-dollar facility floating in the deepwater Gulf of Mexico. The end result could be more downtime for the facility due to insufficient sample fluids.

But when enough sample fluid is pristinely collected from the proper zone, it’s possible to do the right tests needed to pinpoint potential production chemistry issues and mitigate the issues.

“When you know what the production chemistry looks like, you can find the right chemicals, the right operations environment, the right operability plan,” he says. “You identify and understand the problem, and you prepare for it.”

But it’s not as simple as relying on pressure-volume-temperature analysis or chemical testing or fluids testing or plugging data into thermohydraulic fluid modeling software, he says.

Annadorai says that it’s important to treat the subsurface, subsea system and topsides like the interconnected system it is. Flow assurance methods like using hydrate inhibitors impact produced water, he notes. In this way, he says, it’s like giving medication to a human. There are side effects, which can ripple throughout the system.

Cross training between functions like fluids testing and thermohydraulic modeling and materials selection on a daily basis is critical, he says. Having that constant awareness can help an engineer understand those cascading effects, he says. He’s heard flow assurance professionals say things like “I had no idea this chemical did that” or “I had no idea that this decision I would have made would have that impact.”

He says it’s possible to involve the right stakeholders during field design planning. This way, he says, everyone is in the same room, speaking the same language, and incorporating ideas to support the whole production system.

As to what the future holds for flow assurance, Annadorai believes there will be some unknowns and some innovative solutions to solve the issues that crop up with drilling in ever deeper water depths and in higher pressure reservoirs.

“These come with a whole bunch of flow assurance challenges that cannot be solved by old-fashioned solutions developed over the past decades,” he says. “There’s going to be decades of learning coming up.” 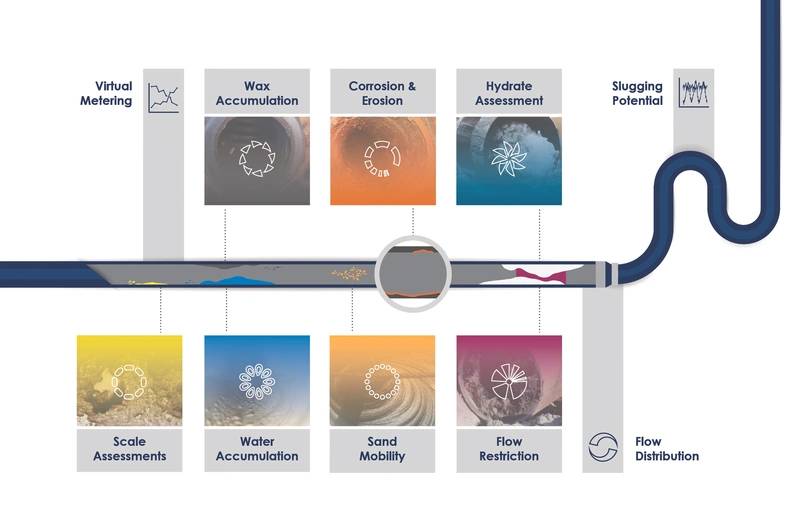 FAST-tracking operational decisions
A flow assurance surveillance tool can help an operations engineer shift from reactive mode to proactive mode. One such tool is GATE’s Flow Assurance Surveillance Tool (FAST), which is powered by the GATE PRHO simulator, which processes data to offer real-time flags on potential problems. In the past, says Randy Dinata, engineering consultant at GATE LLC, it was typical to “simply overlook, or wait until issues in flow assurance were starting to affect their facilities.” But, he adds, “it’s easier to remediate a partial blockage compared to a full blockage.” The tool was originally developed for an operator in West Africa who had subsea gauges malfunctioning following the field start up. Instead of replacing the gauges, which would have cost millions of dollars, the operator used the simulator to surveil the field and have the ability to make informed decisions based on real-time data during daily operations.

The tool takes the real-time data, processes it, and notes the potential issues along with suggested steps to resolve the potential problem, he says.

“The operator can look at it and say, ‘Now I know what to do about this,’” he says.

It predicts where there is a potential for slugging, for example, or note how much time a facility has following an unplanned shutdown before hydrates are likely to form. “It tells you you have 12 hours before you could begin to see hydrate risk based on current operating conditions, and here are your options, like injecting methanol at localized water accumulation spots or performing hot oil circulation or preparing for a blowdown,” he says. And potential flow assurance problems can manifest a host of symptoms. Figuring those symptoms out requires “playing detective,” Dinata says.

“This is a surveillance tool. You get a sense that this may happen in your field and possible causes. To verify it, you’ll have to do more in-depth investigation,” he says.

For a future iteration of the surveillance tool, Dinata is working on a hybrid model that couples physics-based modeling with data analytics.

“I think they are great tools,” he says. “But there are a lot of things physics-based modeling cannot capture. There are a lot of things out in the field that we scientists are not aware of. And with data analytics, if we rely on data too much, if our gauges are not perfect, the data are not perfect and could lead to significant error in the analysis.”

A hybrid model that draws on the strengths of a physics-based model and factors in patterns uncovered through data analytics “will give us the ability to predict more accurately,” Dinata says.

GATE’s Flow Assurance Surveillance Tool uses a simulator to surveil a field and give the operator the ability to make informed decisions based on real-time data during daily operations. (Image: GATE Energy) 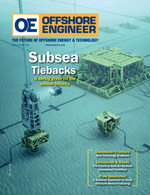