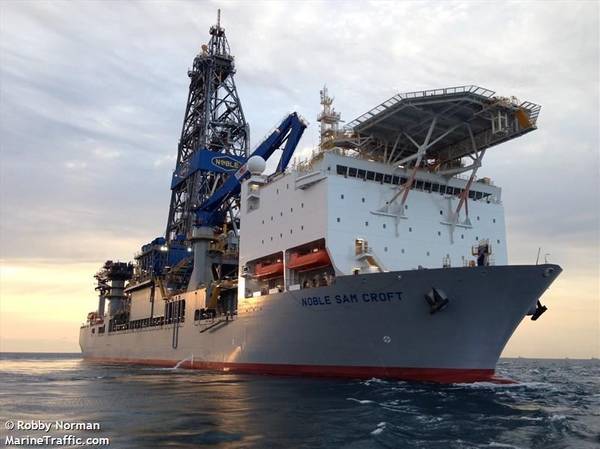 Offshore drilling contractor Noble Corporation has backtracked on its 2020 guidance announced in February, citing the recent sharp decline of oil price due to the oil oversupply and drop in demand caused by COVID-19, as the reason.

Noble Corp, a provider of drilling services to oil and gas companies, said Thursday that it expected the situation to negatively affect its business and results in 2020, but, “given the uncertainty surrounding the disruptions, cannot yet predict with reasonable accuracy the magnitude or duration of the impact, or the magnitude or pace of any recovery.”

“As a result, the company is withdrawing its full-year 2020 financial guidance that was provided on its February 20, 2020.“

In its February guidance, Noble Corp had forecasted contract drilling services for the year to be at around $1 billion – $1,1 billion.

While Noble couldn't quantify the effects of the low oil prices on its expected 2020 revenue, Rystad Energy on Thursday said that the Covid-19 pandemic and the oil price war would lead to international drilling contractors losing some 10% contract volumes in 2020 and 2021, representing a combined loss of revenue of about $3 billion.

"The estimated contract value in 2020–2021 is $30 billion in total; $20 billion in 2020 and $10 billion in 2021. So far six rig years of contracts have been cancelled, translating to approximately $400 million in contract value. These numbers will only increase as operators continue to slash apex," Rystad said Thursday.

Worth noting, after a month-long of oil price war between Russia and Saudi Arabia-led non-OPEC and OPEC blocks that had sent the oil prices to historic lows, the two groups on Thursday agreed on the terms of oil production cuts. The plan is for the countries involved to cut output by 10.0 million barrels per day, starting on May 1, 2020, for an initial period of two months that concludes on 30 June 2020, then 8.0 mb/d for the following six months, and 6.0 mb/d adjustment for a period of 16 months, from 1 January 2021 to 30 April 2022, in a push to lift the oil prices.

The agreement is set to become effective on April 30, however, in an unexpected twist, the whole deal might collapse after Mexico declined to cut more than 100,000 barrels per day. It had, reportedly, been asked to cut 400,000 barrels a day. OPEC said in a press release that the whole agreement was "conditional on the consent of Mexico," adding to the uncertainty of the oil industry's as well as the offshore drillers' future.

Apart from announcing the guidance reversal, Noble Corporation on Thursday released its fleet status report which makes it easier to see why Noble decided to withdraw its forecast for the year - rigs going out of contract, clients sending rigs on standby rates, and Saudi Aramco seeking to revise contract terms.

All four rigs have contracts with Saudi Aramco ending between March 2022 and October 2022. Noble said the requests to reduce the day rates were under review. The Noble Joe Beall drilling rig completed its contract with Saudi Aramco in February and will be retired.

As per the fleet status report, there have been changes here, too.

The one-year contract for the Noble Sam Croft drillship with Exxon has been canceled and will be transferred to the Noble Don Taylor, which is expected to keep drilling for Exxon in Guyana till mid-November 2021.

The Noble Sam Croft is on a contract with Apache which recently struck an oil discovery in Suriname, using the rig. The contract expires in June, and Apache has an option to extend for one more well.

The Noble Tom Madden drillship, on a contract with Exxon, has been put on standby since April 2, 2020, for a period of up to 90 days.

The dayrate has been reduced to 50 percent of operating dayrate through the standby period.

The rig is expected to start its 3-year contract under the CEA - for undisclosed rate - in December 2020.

Noble said that the contract term awarded under the CEA framework agreement allows for the repricing of day rates in March and September.

The Noble Bob Douglas drillship will end its current contract with Exxon in late March 2021, instead of in April, and it will then immediately start its six-month contract with Exxon under the CEA framework agreement. The dayrate here has not been disclosed.

There are currently five offshore drilling rigs that have been cold-stacked in the Noble Corp. fleet. This means Noble doesn't see near-term employment opportunities for them

Out of the five cold-stacked units, two of them have been cold stacked recently - The Noble Bully I drillship and the Noble Paul Romano semi-submersible drilling rig,

When it comes to new contracts and extensions, apart from the already mentioned deals with ExxonMobil in Guyana, Noble has said it has won more work for its Noble Clyde Boudreaux semi-sub and Noble Mick O'Brien jack-up rig.

Noble Clyde Boudreaux will end its contract in Myanmar in the coming days and will move to Vietnam, where it will drill for an undisclosed client on a contract starting in early June, ending in late July. The dayrate was not disclosed.

The Noble Mick O'Brien has been awarded an extension that will keep it busy in Qatar with Qatar Gas until late August 2020.

Further, Noble Regina Allen jack-up, which was previously expected to start a contract with BHP in Trinidad in September 2020 and stay there till March 2021, is now expected to reach Trinidad in late October, and remain on the contract until May. The dayrate is 120,000 and BHP will now have three one-well options to extend the contract.