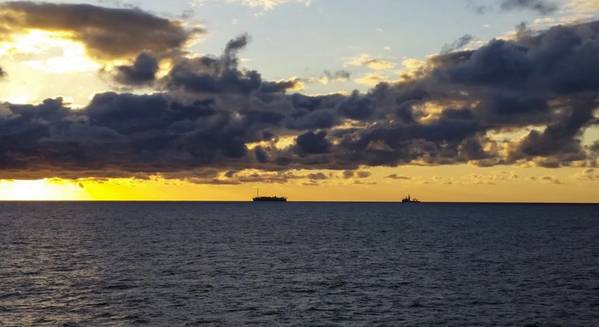 For illustration only; An FPSO offshore Brazil - Image by Ranimiro - AdobeStock

Update: The article has been updated by a statement from an SBM Offshore spokesperson

SBM Offshore, a floating, production, storage, and offloading (FPSO) leasing specialist, has said that a number of COVID-19 cases has been confirmed on one of its FPSOs.

"In the last few days, SBM Offshore has transported some crewmembers with symptoms from one FPSO back to shore. Further tests have now confirmed a number of positive COVID-19 cases. The company is assessing the situation with the client and the authorities," SBM Offshore said Wednesday.

The company initially did not say how many cases exactly had been confirmed nor in which country, but in a subsequent email to Offshore Engineer, an SBM Offshore spokesperson confirmed the FPSO was located in Brazil.

An SBM Offshore spokesperson said: "To ensure the privacy of individuals details of their identity or the identity of the vessel where they work are not provided. But I can confirm that a significant number of crew on board one of our FPSOs offshore Brazil have tested positive for COVID-19."

"On board, precautionary measures remain in force - such as social distancing and enhanced hygiene measures. The health and safety of SBM Offshore’s clients, staff and suppliers is the Company’s priority. We remain in close contact with Brazilian authorities and our client to manage the situation," the SBM Offshore spokesperson said.

At the end of 2019, SBM Offshore operated a fleet of 14 FPSOs and one semi-submersible unit worldwide.

SBM said on Wednesday it had launched safety and business continuity protocols in response to the coronavirus pandemic.

These include only essential offshore maintenance, extended crew stays offshore, and self-quarantine before crew rotations.

"To keep offshore operations safe and stable, only essential maintenance is performed. Crew changes have become more difficult as travel restrictions often apply in and out of countries where the company has operations or crewmembers are located. Crew rotations have been extended for those offshore while their upcoming counterparts are in self-quarantine at monitored facilities onshore," SBM Offshore said.

In SBM Offshore’s office locations, most staff work from home.

Earlier this week, in the UK North Sea, production from Teekay's Hummingbird Spirit FPSO was temporarily shut down after coronavirus case aboard.

Last week, Hurricane Energy said that a worker employed at the Aoka Mizu FPSO offshore the UK had tested positive to Covid-19.