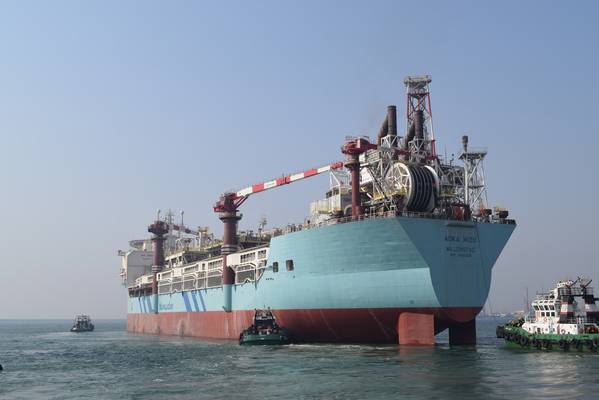 Oil and gas firm Hurricane Energy has confirmed that a crew member on the Aoka Mizu FPSO off the UK has tested positive for COVID-19.

Hurricane said Friday that the worker "has been evacuated to the mainland for medical reasons and subsequently tested positive for COVID-19."

"The evacuated individual was transported onshore by an HM Coastguard helicopter and is now receiving medical treatment," Hurricane said.

"Bluewater is working within the guidelines provided by NHS Scotland, Health Protection Scotland, and Oil and Gas UK in determining the next steps," it added.

The Aoka Mizu FPSO is located at Hurricane Energy's Lancaster oil field. According to Hurricane, production operations at Lancaster have not been affected. Lancaster produces approximately 20,000 barrels of oil per day.

In an update earlier this week, Hurricane said that while the Lancaster Early Production System, produced via Aoka Mizu FPSO, costs of $17 per barrel at current production levels and oil prices, operating cash flow from the Lancaster EPS would be materially lower than previously forecasted for an indeterminate period.

"Hurricane has a strong balance sheet, including $164.3million of unrestricted cash (at 18 March 2020) and is therefore in a strong position to weather this current downturn. However, should this change in the market environment persists, it is likely to have a material impact on our capacity to fund capital expenditure," Hurricane Energy said Tuesday.