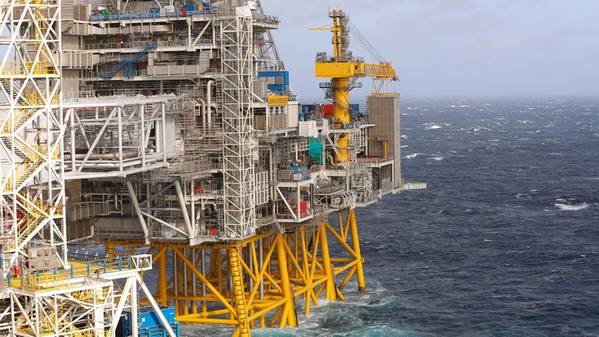 "At the end of March, daily production had already exceeded 430,000 barrels of oil," Equinor said.

The Johan Sverdrup field is developed in two phases. Phase 1 was approved by Norwegian authorities in 2015 and came on stream in October 2019. Phase 2 of the development was approved in 2019 and is expected to start production in Q4 2022.

Sigve Nylund, Equinor’s executive vice president for Development and Production Norway: "The project was sanctioned during the oil price fall in 2015 and resulted in important activity to the supplier industry in a demanding period. With low operating costs Johan Sverdrup provides revenue and cash flow to the companies and Norwegian society at large in a period affected by the coronavirus and a major drop in the oil price."

The Johan Sverdrup field, sitting in a water depth of around 115 meters, came on stream on October 5, 2019, more than two months ahead of the original schedule and NOK 40 billion below the original estimate for development and operation.

The break-even price for the full-field development is below USD 20 per barrel, and expected operating costs are below USD 2 per barrel.