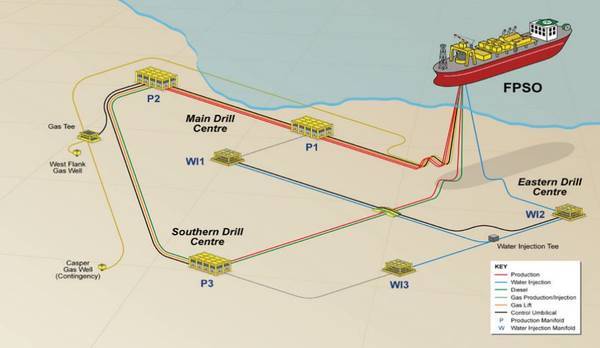 Rockhopper Exploration, a partner in Premier Oil-operated Sea Lion offshore oil project in the Falkland Islands, is confident it will manage to farm-out a share in the project despite the low oil prices and COVID-10 uncertainty.

The two companies in January signed non-binding heads of terms with Navitas Petroleum, which should lead to Navitas obtaining a 30% interest in the Sea Lion offshore blocks.

The plan is for Premier Oil will remain the operator of the project with a 40% share, while Rockhopper, which discovered the Sea Lion in 2010, would retain 30%. Premier Oil currently owns a 60% share in Sea Lion, with Rockhopper holding a 40% stake.

In a statement on Thursday, RockHopper said: "Good progress has been made during the first quarter of 2020 to convert the Heads of Terms into fully documented agreements. Despite the current oil price weakness, all parties remain committed to the finalization of the Navitas farm-out agreement with completion subject to agreed consents and approvals."

Premier Oil plans to develop the Sea Lion oil accumulation in phases. The first phase for the Sea Lion entails the development of 250 million barrels (mmbbls) of resources in PL032 using a conventional floating production, storage and offloading unit (FPSO) based scheme. As shared by Rockhopper, Sea Lion's independently audited 2C resources are around 520 mmbbls.

Rockhopper has previously said the farm-in completion, subject to the conclusion of senior debt financing and regulatory approval, is expected in the second quarter of 2020.

Premier Oil earlier this month said the finalization of a farm-out agreement "is expected during the first half of 2020 with completion subject to regulatory and lender approval."

In August 2019, Rockhopper said that that capex to first oil at the Sea Lion project was estimated at approximately $1.8 billion (gross).