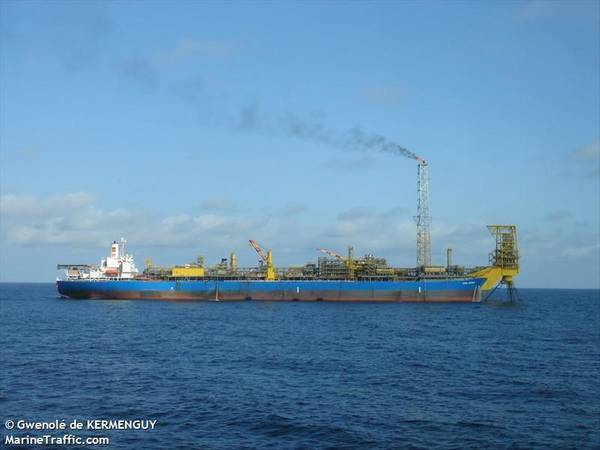 Italian oil company Eni has upgraded its resource estimate for the Agogo field offshore Angola to over one billion barrels of oil in place. The field started production in January 2020.

Eni said Wednesday it had successfully drilled Agogo-3, the second appraisal well of Agogo discovery in Block 15/06, offshore Angola, lifting by around 40% the estimate of oil in place, which is now around one billion barrels.

Eni said there might still be a further upside to be tested in the Northern sector of the field.

Agogo field is located approximately 180 km from the coast and 23 kilometers from the West Hub (N’Goma FPSO). This appraisal well is located in a water depth of 1,700 m and reached a total measured depth of 4,321 m.

Agogo-3 encountered up to 120 m of net pay of light oil (31°API) in sandstones of Miocene and Oligocene age with excellent petrophysical properties. An intense data acquisition has been carried out in the well; the data confirm the communication with Agogo-2 reservoirs and the further extension of the Agogo discovery to the North.

"The data acquired indicate a production capacity in excess of 15,000 barrels of oil per day," Eni said.

As previously reported, production from the Agogo field started announced in January 2020 via a subsea tie-back to N’Goma FPSO of Agogo 1 well,  9 months after the discovery.

Eni and its partners are working on studies to exploit the full potential of the Agogo field through a third production hub, targeting an FID in 2021.