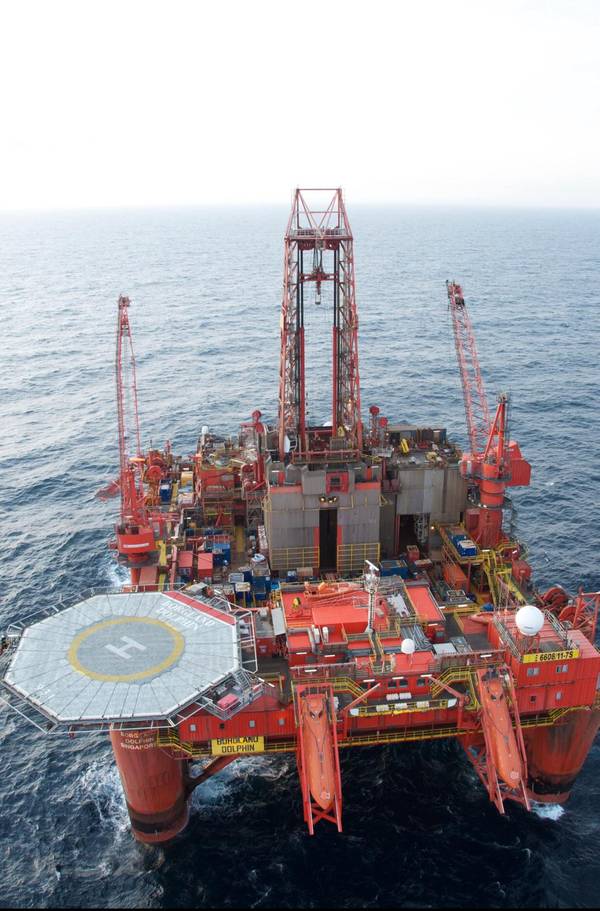 Norwegian offshore drilling company Dolphin Drilling has signed a drilling contract for one of its rigs with Wellesley Petroleum.

According to a statement released by the Dolphin Drilling CEO Bjørnar Iversen, the contract is for one firm well on the Norwegian Continental Shelf. Wellesley will have an option to extend the term for one more well.

Iversen said: "This agreement further strengthens our operational backlog in Norway and builds on the resurgence of Dolphin"

He said he was positive the Wellesley contract announcement would be "the first of many in the months ahead."

Iversen did not say which rig will be deployed for the job, however, he did share a photo of the Borgland Dolphin rig along with the announcement.

Callum Smyth, operations manager at Wellesley Petroleum AS, said: "When we went to the market for a rig for our 2020 well activities, we put a lot of weighting on selecting a drilling contractor with the right culture.

"The Dolphin Drilling team were able to demonstrate exactly the kind of culture that we want with a track record of teamwork, ownership, and experience with operators like Wellesley Petroleum AS.”

The work between Dolphin Drilling and Wellesley Petroleum AS is scheduled to begin in the Norwegian Continental Shelf in August 2020.