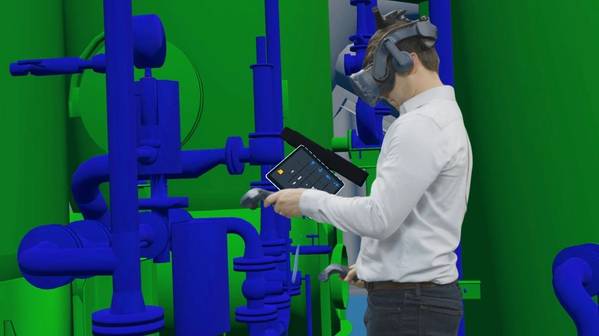 With Stratus, the XR platform from Kinemagic, metadata is imported from CAD designs into the virtual environment for quick reference and a deeper understanding of the design. - Credit:Kinemagic

Stratus is an automated software program designed to save users’ time and money by identifying more design flaws before construction begins.

According to Kinemagic, Stratus reveals the future of industrial design through VR ‘walkthroughs’ from the command center of the operator’s desk.

The software promises to be able to create digital twins "in minutes or hours, not months."

Per Kinemagic, Stratus allows users to bring CAD models into the immersive space with one click, collaborate real-time with colleagues around the world, import metadata directly from CAD designs, and drop notes and take measurements, Kinemagic said during the recent launch.

Offshore Engineer recently interviewed Brian Lozes, the founder and CEO of Kinemagic, to learn more about the Stratus and its potential uses in the offshore oil and gas environment.

Having previously worked on improving engineering processes oil and gas companies - including Shell, Chevron, and BP - Lozes saw the opportunity for next-level technology services for the heavy industrial business sector, and in 2017, founded Kinemagic.

"For customers that means they control an easily manageable, quick turnaround process and have an immersive digital twin in minutes--not days or weeks,“ Lozes, who established Kinemagic in 2017, says.

So, how does it work if, say, an oil company wants to build a massive offshore platform, and wants to have a digital twin of the platform? Where does Kinemagic's Stratus fit in? Who does what? Does Kinemagic build the digital twin?

Lozes explains: "You start at the very conceptual development phase of your project. The immersive design adds value at the onset of the 3D model. We've designed our system to make it very simple for a user to set up an account, then moments later they're taking that 3D model and converting it to the immersive digital twin. It's no different than downloading and using any other software, so onboarding Stratus is simply clicking a button."

So, what are the obstacles and challenges companies face, preventing the wider adoption of digital twins?

"As with all new technologies, of course, there remains some skepticism. There are still questions as to whether this is a true value-add. That approach is essentially 'If it ain't broke, don't fix it," Lozes says, adding:

"Use of our immersive technology is showing that, in fact, it was broken and Stratus makes for a significant correction. Our immersive digital twins are unlocking greater potential in project development than ever before possible.“

'The whole process is done in minutes'

According to Lozes, the key advantages of Stratus over previous solutions in the digital twin space, are the automation of the conversion and VR.

"Earlier solutions were manual and time-intensive. They required coordination between teams, and conversions could take weeks or months. With Stratus the outcome time is minutes, thanks to the automated software solution, and is executed by single users rather than entire teams."

Additionally, Lozes says, Stratus is a central enterprise storage portal that holds the converted models so they're easily accessed.

"Any approved user can access those models at will, eliminating reliance on others to figure out how to transmit these large files,“ the Kinemagic CEO Further explains. 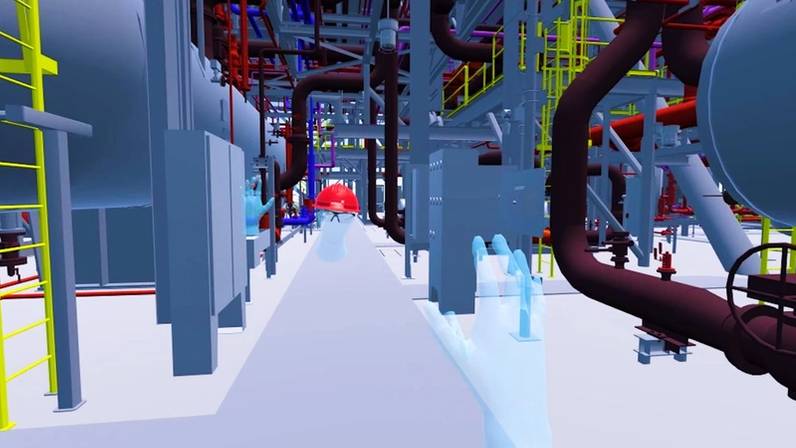 Stratus, the automated XR (extended reality) software enables operators to virtually practice tasks in an immersive digital twin, with zero HSE risk to the workers or the facility. Credit: Stratus

Given that Kinemagic promised Stratus could save time and money for clients, we asked Lozes to provide an example on how it does that.

"During our beta test phase, a Fortune 100 oil company used Stratus for their contractors to walk down the scope of work virtually. This replaced the need to fly multiple contractors to the site, eliminating the costs/time/labor typically required. This is just one example of how Stratus is opening up a world of possibilities with readily available immersive models," Lozes says.

This particular use case was unexpected, the CEO says, as we hadn't even imagined that option, and we anticipate seeing more use cases with the functionality we haven't envisioned yet.

"We're just at the tip of the iceberg in terms of understanding how Stratus can be used. Even better is that it's our customers who are imagining new use cases, rather than us telling them. One of our Fortune 100 company beta testers said it best: The ramifications of Stratus are so large that our next challenge is to understand how to fully harness its power.“