Siemens Hands Over BorWin3 to TenneT 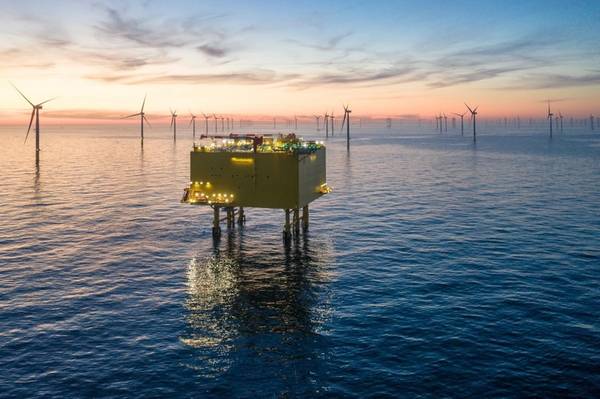 The BorWin3 offshore wind grid connection project in the German North Sea has been handed over to the German/Dutch transmission grid operator TenneT, by contractors Siemens and Petrofac.

The 900 MW project will convert three-phase electric power generated by the Hohe See and Albatros offshore wind farms into direct current and transmit it 160km back to shore to the German national grid.

Siemens was responsible for the grid connection system including an onshore converter station.

The grid connections HelWin1 and HelWin2, BorWin2, SylWin1, and BorWin3 – for which Siemens supplied all the technology for direct current transmission – are thus now in commercial operation and are transmitting power.

Siemens, together with Petrofac, was awarded the contract for BorWin3 in the spring of 2014. Being the fifth North Sea grid connection, it provides power to over a million German households.

The platform was installed in October 2018 and started to transmit power in August 2019.

In July 2017 Siemens won the order for the grid connection DolWin6, which is scheduled to go into operation in 2023. A total of almost six million households will be supplied with electricity generated from wind power via these six links.