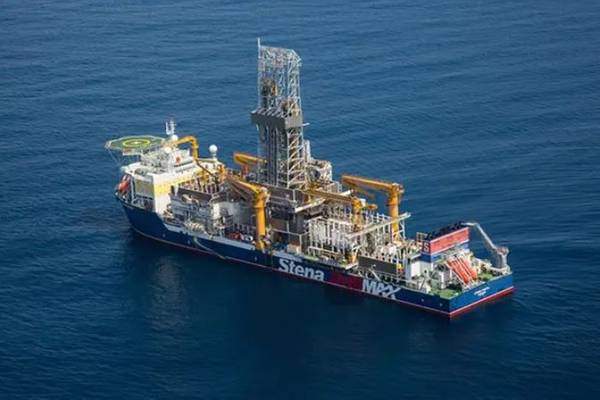 This is more than a billion-barrel increase previous estimate of Gross Prospective Resources of 3,981 MMBOE in March 2019, for the 1800km2 block sitting 170 km offshore Guyana in the Suriname Guyana basin.

The JV Partners in the block are Tullow, who is the operator and has a 60% stake, Total with a 25 percent stake, and Eco Atlantic with a 15 percent stake.

Commenting on the prospective resources upgrade, Colin Kinley, co-founder and Chief Operating Officer of Eco Atlantic, commented: "We are pleased to announce a new and updated CPR for our Orinduik Block offshore Guyana. The understanding of our resources has gained strength and momentum with the discoveries we made in the Tertiary last summer and the recent discovery of light oil in Carapa-1, made on the Kanuku block to the south of us. This has also been driven by the discoveries of over 8 billion barrels of oil immediately East of us by ExxonMobil.”

ExxonMobil last week struck its 16th discovery in the Stabroek block offshore Guyana and upgraded its estimate for recoverable resource base in Guyana to more than 8 billion barrels. This is a 2-billion-barrel increase compared to the previous estimate. The company has recently started production from its Liza offshore oil field in the Stabroek block. 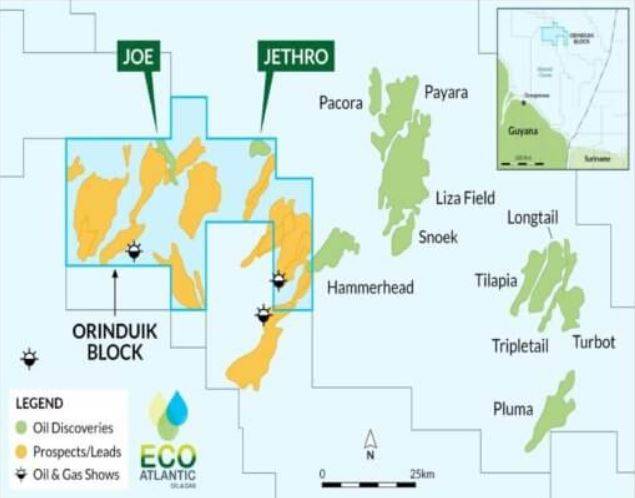 We were there before Exxon struck oil

Commenting further on the Orinduik block, Eco's Kinley said: "Our choice was to first test the Tertiary section and to take the risk of opening a new play and a new opportunity for Guyana. As previously announced, this younger section delivered a significant resource of heavy oil pay. Heavy oil is more challenging to produce than conventional lighter oils, but remains a marketable hydrocarbon with increasing demand world-wide, as other heavy oil resources have dropped offline.“

“Interpretation of this play has continued and has seen material growth in the interpreted resources.  The company is conducting in-depth evaluation of the economics of this play, with independent third party economic advisory support.

"The Cretaceous pathway of lighter weight oils from the source kitchen to the north, through the Liza sands and through the recent discovery of light oil in Carapa-1 to the south confirms our theory and interpretation of transmission of high-quality oil across the Cretaceous sand channels and traps within the Orinduik Block.

"We have seen a growth of the overall oil numbers with the thickness of section and a greater understanding of the areal extent and thicknesses of our sands. Most importantly, however, is our exploration risking, with confirmation that over half of our 22 leads now have an independently assessed 30% or greater COS.  Our confidence in the play continues and was greatly enhanced with the now proven light oil in the Cretaceous section immediately to the south.

"Significant exploration potential is what brought us into Guyana before the first barrel was discovered by ExxonMobil. The elements are all here. We know that the geology and the geography support us and we have a great team to fine-tune the next drilling targets. We have strong partners in Eco and on the block, so as we define our targets, we are well funded and are considering our options to drill as soon as practically possible."

The JV Partners in the Orinduik Block have an Operations Committee meeting scheduled in early February 2020 to evaluate recent drilling results, define drilling targets, and consider the budgets and dates for future drilling.

According to Eco, in late 2019, the JV Partners approved a provisional budget for 2020 subject to JV drilling approvals.

"Eco Atlantic has a robust cash position, with over US $20 million cash and cash equivalents, and is fully funded for its share of further appraisal and exploration drilling at Orinduik of up to US$120m (gross)," Eco Atlantic said.

Worth noting, the operator Tullow in mid-January said it would most likely not be drilling any wells offshore Guyana in 2020.

The company last year made two oil discoveries at the Jethro and Joe wells at Orinduik spurring the company to plan at least three more wells in 2020.

Asked about 2020 drilling plans for Guyana last month, Mark MacFarlane, Tullow's COO said it was unlikely that "we will be drilling any Guyana wells this year, but we need to let that technical work run its course before we decide what will be our next well and when would be that next well."