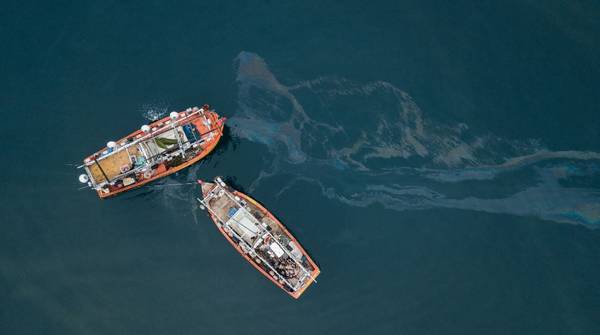 A crude oil spill from South Korea's S-Oil's offshore buoy was contained off the southeastern coast of South Korea, the country's coast guard and the refiner said on Wednesday.

The leak occurred early Wednesday as the offshore buoy's pressure gauge was broken but the source of the leak was sealed, the Ulsan Coast Guard said in a statement.

The exact leaked volume is not yet known, but there was no damage to nearby fish farms, the coast guard said. The oil slick was hundreds of meters long and 150-200 meters (218.72 yards) wide, according to South Korea's Yonhap News agency.

S-Oil is looking into details of the leak, a spokesman said. S-Oil, whose top shareholder is Saudi Aramco, runs a 669,000 barrels per day refinery in the southeastern city of Ulsan.