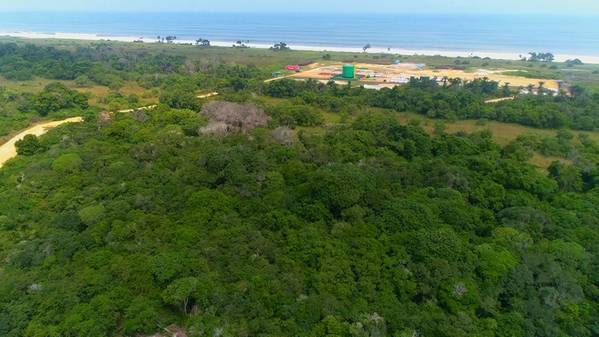 Namely, Anglo African Oil & Gas’ shareholders have passed the resolution to approve the sale of an 80% stake in subsidiary AAOG Congo to Zenith at the general meeting held earlier on Monday.

Zenith Energy announced its plans to buy a stake in AAOG Congo in December 2019. As part of the acquisition, Zenith's first in Africa, the company will acquire a highly prospective oil production and development asset – the Tilapia oilfield.

AAOG Congo has a 56 percent majority interest in and is the operator of the Tilapia oilfield in the Republic of the Congo. The remaining 44 percent is held by the national oil company, Société Nationale des Pétroles du Congo (SNPC).

The license is situated 1.8km offshore and entered into production in 2008. Having been drilled from onshore, there is no requirement for offshore drilling equipment. Oil storage and processing facilities are a 45-minute drive from Point Noire and 17km from the nearest refinery.

The acquisition remains subject to certain regulatory requirements in the Republic of the Congo.("Completion").

Andrea Cattaneo, Zenith Energy Chief Executive Officer, commented: "We are pleased to have passed the major hurdle in our acquisition of a controlling stake in AAOG Congo and look forward to completing the acquisition in due course."

In a separate statement earlier on Monday, Zenith and AAOG entered into a term sheet over AAOG's residual 20% share in AAOG Congo.

It has been agreed that Zenith may exercise the call option over AAOG's 20% share in AAOG Congo on January 16, 2021, and can only exercise it if, as at January 15, 2021, the total production from the Tilapia oilfield has never exceeded an average of at least 2,000 bopd for any period of 30 consecutive days prior to January 15, 2021. In case Zenith does exercise the call option, it will pay £1,000,000 to AAOG.

Andrea Cattaneo said: "We are pleased to have agreed these terms with AAOG for its residual 20 percent holding in AAOG Congo. The Tilapia asset has, we believe, potentially transformational production potential. Indeed, our primary operational goal shall be to source a fully inspected and functional rig to begin drilling operations at the earliest opportunity in TLP-103C to test the productivity of the Mengo and Djeno horizons.

The aforementioned terms will further ensure that, in the event of future success, both Zenith and AAOG shareholders will enjoy the fruits of victory. We look forward with excitement to the challenge ahead."