Talos Scoops Up US Gulf Assets 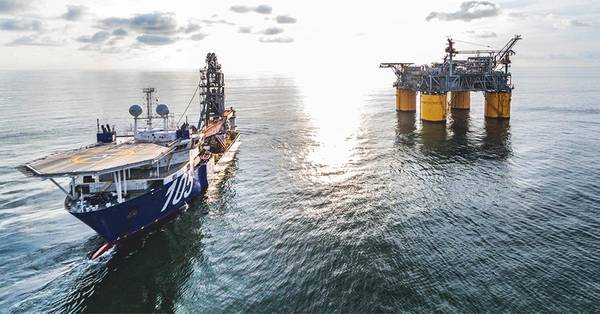 US-based Talos Energy announced it has spent $640 million to acquire a portfolio of producing assets, exploration prospects and acreage in the US Gulf of Mexico.

The exploration and production company announced on Tuesday that it has signed definitive agreements to acquire nearly all producing assets, primary term acreage and prospects of ILX Holdings and Castex Energy as well as additional acreage from Venari Resources.

In addition, the transaction includes more than 40 identified exploration prospects located on a total acreage footprint of approximately 700,000 gross acres,  much of which lies within the company's existing seismic data footprint, and which also includes a significant portfolio of identified, high-impact exploration prospects providing the company with several years of additional drillable inventory, Talos said.

"What makes this transaction unique is the combination of high-margin production and a deep portfolio of prospects," said Talos President and Chief Executive Officer Timothy S. Duncan.

"As we consider the full scale of the pro forma business, the combined cash flow profile and the significant exploration portfolio, we are excited about the tremendous potential to build long-term value, not only from these assets alone but from the optimization of the combined asset base, high-grading of investment opportunities, follow-on business development and M&A activity."

Talos, which expects to close the acquisitions in the first quarter of 2020, said it will finance the deals through a combination of cash, debt and newly issued shares.

The acquired assets are expected to generate approximately $150 million of free cash flow in 2019, from an estimated $210 million in adjusted EBITDA and projected capital spending of approximately $60 million, Talos said.

"The acquisition of these assets significantly strengthens Talos's position as a basin leading independent E&P company, providing increased scale and free cash flow, greater operational diversity and broader optionality in future growth. We are executing the transaction at an attractive valuation that is accretive to our shareholders and with a funding structure that preserves our strong balance sheet and liquidity," Duncan said.

Mfon Usoro, from Wood Mackenzie’s Gulf of Mexico upstream team, said, “Earlier in the year, Talos added to its exploration prospect and discoveries inventory through transactions with BP and Exxon Mobil. This transaction allows Talos to increase its 2019 production and 2P reserves by 35% and become one of the top 10 producers in the US Gulf of Mexico (including both shelf and deepwater).

“The assets acquired have some of the most competitive economics and Wood Mackenzie estimates the point-forward breakeven for majority of the assets at less than US$15/bbl (Brent, NPV10).

“The deal allows Talos to strengthen its position in the US Gulf of Mexico and diversify its portfolio beyond its core Green Canyon and Mississippi Canyon area. The transaction provides a strong inventory of opportunities for its traditional Infrastructure-led developments in the Miocene and also an entry point into high-impact Paleogene discoveries and acreage.

“The transaction allows private equity companies, Riverstone holdings (ILX and Castex) and Warburg Pincus (Venari), to monetize a portion of funds formed in 2010 and 2014, respectively.

“We expect future M&A activity in the US GoM to be driven by other mature private equity funds needing to exit.”