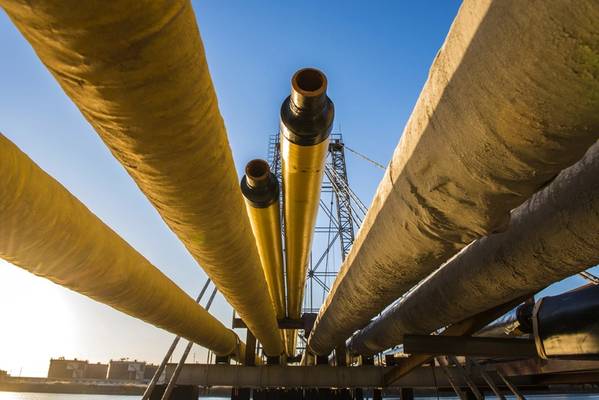 China plans to launch its long-awaited national oil and gas pipeline company on Monday, part of a sector-wide reform aimed at providing fair market access to infrastructure and boost investment in oil and gas production.

Most of the country's pipeline infrastructure is controlled by energy giant PetroChina, CNPC's listed arm, and small, non state-owned oil and gas producers and distributors often don't have access to the pipelines at competitive rates, analysts have said.

This also hinders companies from investing in oil and gas exploration as they are concerned about access to the pipelines.

Beijing started considering reforming the sector nearly a decade ago to improve access but only approved the plans early this year, spurred by a national campaign to boost consumption of the cleaner burning natural gas and curb dirtier coal.

Launch of the new company, which combines the long-distance pipelines assets of the country's state-owned energy companies,, will be held at 0200 GMT on Monday and will be attended by China's Vice Premier Han Zheng, according to a notice issued by the Preparation Group of National Oil and Gas Pipeline Company.

Its creation marks the largest industry reshuffle in the past two decades.

China is the world's second-largest oil consumer and third-largest natural gas user, but its 133,000-kilometer (82,600 miles) long-distance oil and gas pipeline network is less than one-fifth the size of the system in the United States, the world's biggest oil and gas consumer.

China's gas demand is expected to rise by 2.5 times from 2018 to 673 billion cubic metres (bcm) by 2040, accounting for half of Asia's total gas consumption, according Wood Mackenzie.