North Sea: A Stage for the Energy Transition 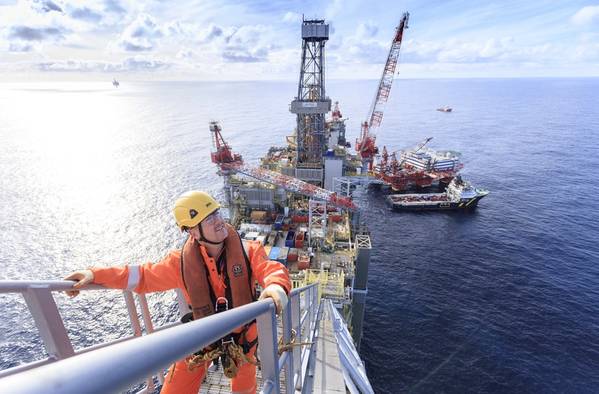 As the energy transition continues to pick up pace globally, the North Sea has the potential to become a global showcase for impactful change as a number of low carbon solutions grow in prominence, with partnership models becoming critical for the future of the basin, according to a new report.

One of the world's most established oil basins, the North Sea has taken a global lead for the energy transition through the likes of carbon capture, utilization and storage (CCUS) technology, aided by the alternative use of infrastructure and the production of hydrogen.

Turning the Tide – the Transformation of the North Sea, recently published by PwC and OGUK, lays out the challenges facing the North Sea as the world moves towards a low carbon future, based on interviews with more than 20 key energy industry stakeholders. The report highlights how recent changes in ownership have seen a surge of independents and private equity-backed firms gain a key position in the region.

The industry can expect to see an increased focus on innovation to drive the next wave of competitiveness given operators and service companies have perhaps cut costs as far as is sustainably possible. This innovation in technology and business models has the potential to influence the energy transition with, in two examples, renewable energy sources set to replace gas turbines on some offshore platforms, and the geography of the basin making it ideal for offshore wind production.

CCUS could also become a major aspect of North Sea activity, with wider collaboration across the energy sector. CCUS is the practice of capturing the carbon dioxide release by industrial sources such as power stations and burying it deep underground. With extensive infrastructure already in place which could be used to store carbon dioxide through depleted oil and gas fields, the North Sea can play an important role in a technology which is seen as a way of helping to reduce carbon emissions.

Looking further ahead, the North Sea could also play a major role in hydrogen production, storage and transportation whether by converting natural gas into hydrogen or through electrolysis, using offshore wind-generated energy.

Drew Stevenson, Energy Sector Leader at PwC UK, said, “There is a necessary urgency to move to a low carbon world. As our report illustrates, there is huge potential for the North Sea to play a significant role in the energy transition, setting a precedent for facilitating the move to a clean energy future.

“The appetite exists for the North Sea energy industry to play a significant role in the transition: investor sentiment is rapidly becoming more committed to low carbon technologies while smaller exploration and production companies are looking at ways to reduce the carbon footprint of their operations. All of this creates an opportunity for the North Sea to lead the way in the energy transition.”

Mike Tholen, Upstream Policy Director, OGUK, added, “The transition to a lower carbon, diverse energy mix is an exciting opportunity for our transforming industry. With extensive skills, capabilities and infrastructure, we are well placed to support the development of low carbon technologies such as CCUS and hydrogen while reducing emissions from production operations.

“Roadmap 2035: A blueprint to net zero, sets out a future vision for our industry to ensure it remains at the heart of the global energy landscape as it continues to change. Through safe, sustainable and socially accepted operations and securing government support for the delivery of the roadmap, this report underlines how the UK’s offshore oil and gas industry can help unlock a fair and inclusive transition to a low carbon future.”

In order for the basin to remain competitive, Turning the Tide suggests there must be an increased focus on collaboration between operators and service companies. Partnership models will be crucial to future success for both large and smaller players.

This is tied to the need for increased innovation. In a sector which has been focused on cost cutting, the reports says there now needs to be fresh solutions for driving performance. There is widespread industry agreement that the supply chain cannot sustain further tightening and focus should instead switch to value over cost, though this will require a change in mindset among operators and services companies.

Already one of the most technologically advanced basins in the world, companies now believe it is of critical importance to share their experiences of the deployment of new technologies, as well as collaborate on developments and piloting, in order to reduce risk and time taken. There is also an increased willingness to engage more closely with the supply chain, where most new technologies are deployed.

Stevenson said, “It is clear from the interviews conducted for Turning the Tide that partnership models will become a serious point of difference as the North Sea industry further develops. The addition of smaller operators and service providers means companies may dispense with trying to do everything and instead focus on their core competencies while finding a partner for other aspects of the operation.

“For example, the digitalization of the North Sea industry will naturally lead to further innovation, though this may require the input of third parties to fully optimize the benefits of everything from wearable tech to data analytics and artificial intelligence.”

The report also predicts that the emergence of private capital from developing countries is going to play a greater role in the funding of North Sea operators.

In 2016, PwC published Sea Change – the Future of the North Sea – which revealed how senior oil executives believed the UK Continental Shelf had a two-year window to transform itself for a productive future. Three years on and a change in ownership structure in the basin has led to smaller, agile players entering the market.

The transformation of the North Sea over the last four years has been driven by two main factors. Firstly, there have been huge cost-cutting measures put in place and this drive for efficiency continues. Secondly, a number of new players have brought more dynamism to the basin, which helped drive investment to £3.3 billion in 2018.

As major players have reduced their production footprints in the North Sea, the likes of private-equity backed Chrysaor and independents such as Spirit Energy and Enquest have increasingly taken their place. With PE-backed firms expected to play a longer-term role in the UK than first envisaged when they arrived following the 2014 downturn, the report suggests there will be future consolidation in the sector with larger independents acquiring smaller ones.

Stevenson said, “The North Sea needs to ensure it is economically attractive to ensure investment continues as we move closer to a low carbon world. With price volatility and increasing concerns over the environment, businesses in the North Sea must illustrate how they are adopting new ways of working to mitigate the impact of their carbon footprints, while reminding observers of the ongoing importance of hydrocarbons through the process of reaching our net zero ambitions.”