Siccar Point Attracts Bids of up to $2 Bln 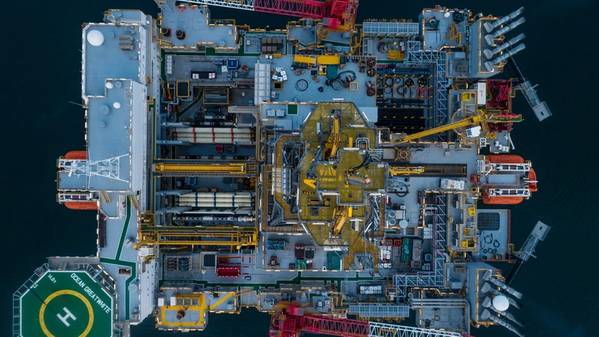 Bids for North Sea oil and gas firm Siccar Point, backed by private equity groups Blackstone and Blue Water Energy, came in at between $1.2 billion and just under $2 billion, according to three industry sources.

Chrysaor is seen as the front-runner in the process, with the highest bid for the company of just below $2 billion. Rockrose's bid came in at around $1.2 billion, according to the sources.

Equinor placed a bid for the whole or part of the business, possibly in partnership with Canadian oil and gas producer Suncor Energy, they added.

Siccar Point became a major North Sea player after acquiring OMV's portfolio for $870 million in January 2017. Its owners have not disclosed how much they have since invested in the company.

Consultancy WoodMackenzie has valued the portfolio at about $2 billion.

In a presentation at an industry conference in London last month, Blue Water said private equity firms typically aim for two to three times return on capital invested in around five years.

Siccar Point is wooing potential buyers with just under 600 million barrels of oil equivalent (boe) in resources and reserves, including more oil than gas, a sale document showed.

Such yet-to-be-exploited barrels can be attractive to some of the private-equity backed firms that have bought ageing North Sea assets from oil majors in recent years and are looking for future growth ahead of a potential stock market listing or sale.

Siccar Point sees its output reaching about 80,000 barrels of oil equivalent per day (boed) by about 2027 from just over 10,000 boed currently. Beyond this, output will mainly be boosted by the Cambo development north-west of Shetland.

Among other smaller stakes, Siccar Point holds 70% in the Cambo field alongside Shell, 11.8% in the BP-operated Schiehallion field and 20% and 9% respectively in the Equinor-operated Rosebank and Mariner fields.

The portfolio offers production and exploration opportunities, including 1.4 billion boe in yet-to-be drilled prospects and leads in the West of Shetland area, where majors like BP, Shell and Equinor are boosting North Sea production.

Siccar Point would offer a potential buyer $2 billion in so-called tax losses in Britain, which would "shelter profits, with no tax payments expected until (the) late 2020s," according to the sale document sent to potential buyers.

Chrysaor, Blackstone, Equinor, RockRose and HitecVision declined to comment. Suncor did not immediately reply to a request for comment.