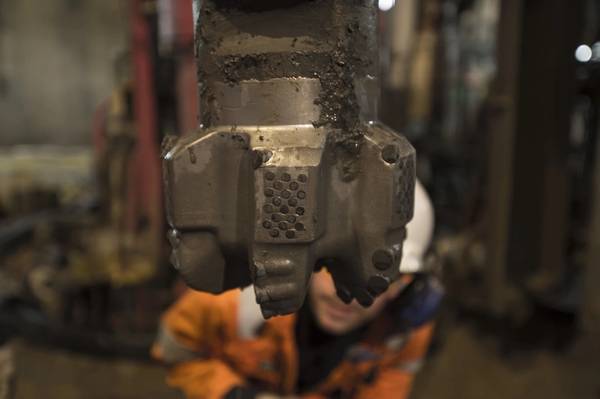 With the oil price tracking a course that’s keeping nearly every oilfield viable, operators in the second half of 2019 are drilling a bevy of exploration and production wells that’s just lifting rig futures.

With Brent hanging tough at between $50 and $60 for several months — and with the downturn of late 2018 behind them — rig companies are booking drilling campaigns that start in 2021 and beyond, as 2020 slots are filling up. A look at rig contractors Seadrill, Borr and Odfjell confirm rig operators are experiencing signs of a tightened market — especially in Norway, but increasingly in Canada, Africa and Asia — with contract lengths suggesting both exploration and production wells in the offing.

“We continue to see positive trends in the jack-up market with utilization and day rates improving,” Seadrill managers say in a note to investors Thursday. They add that older jack-ups were being retired as demand drops and high-spec units are sought, another sign of intricate production drilling and remote wildcats.

The company says it is chewing into its backlog but still has 409 floater contracts and 1,343 jack-up jobs to execute. Of those, 263 start in 2020 and nine in 2021. As everywhere, jack-up orders continue into 2022 with 914 outstanding contracts to drill.

With average day rates for its floaters reaching $264,000 in November from $241,000 a year ago, the company was able to post a $120 million hike in revenues over a year ago. It’s a far cry from the pre-2014 heyday, but it speaks of increasing rig market buoyancy for a bellwether company and segment: Seadrill owns and operates 35 rigs plus 20 for partners SeaMex, Sonangol and Northern Drilling, names point to new oil regions.

Floaters buoyancy
For Aberdeen-based Awilco — with two semisubs to market in a tightened Norway market — there are other signs of improved conditions. Recruiting, for one, has yielded “a massive response” and the semisub, WilPhoenix, has now helped triple revenues year-on-year.

Awilco’s hybrid-energy newbuilds “Rig 1” and “Rig 2” are on-track to meet demand for harsh-environment rigs that’s “expected to increase”. Management, citing Arctic Securities, says that demand will rise in Norway by seven rigs to 20 by 2021: ditto the trend in the UK.

Seadrill’s analysis affirms Awilco’s. “During 2019 we have seen an increase in the number of opportunities for floaters and net floater supply has continued to decline (and) we see pockets of strength for high-end ultra deepwater drill ships with marketed utilization trending ahead.”

Meanwhile, Borr Drilling reports two new contracts for its 35-rig fleet that are booked to start in 2021 with four due to start in 2020: Pemex in Mexico; Hoang Long in Vietnam and Vestigo in Malaysia factor in as customers. Those 2021 jobs were the first, although the company has solid utilization through 2021 on a mix of well types.

Transocean, meanwhile, is doing its part to tighten the Norway market by earning millions on a newbuild, harsh-environment floater called Transocean Norge. With its drilling backlog at about $10.8 billion, Transocean has an incredible 42 rig contracts set to begin between 2021 and 2032.