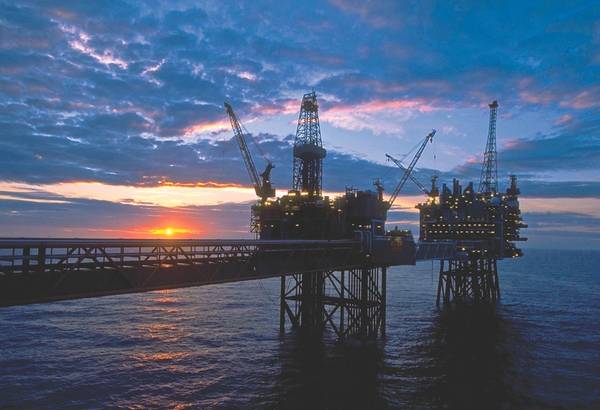 Operators are on digitization journeys linked to life extension projects that aim to make the most of older infrastructure. Proposed tiebacks at ConocoPhillips’ Tor II and on Aker BP’s Ivar Aasen projects look set to reveal a special benefit to “freeing data”, for operator and supply chain. Digitization has altered the way these operators see themselves, their operations and life extension. Newly contextualized big data builds on earlier automation and digital documentation drives to cut manhours. Still, some warn, “Careful when you digitize.”

Digitization has strong support in Norway, where artificial intelligence (AI) and cloud computing go-to Google is in the market for a large forest lot to house a vast data farm. Local math minds critical of the AI-run Facebook chatbots that ran amok and created their own language are nevertheless in favor of Google’s build-up in tech-it-or-leave-it Norway.

AI — algorithms, cloud-based machine learning and computer vision — is being cheered on here, especially offshore. Modernizing older infrastructure with tagged and networked sensors topsides and subsea is part of the requirement when digitizing for life extension. Yet, reining in and displaying in new ways the information from those tags hasn’t until now been a top priority.

“It’s not like they’re looking around and saying, “Where can we do life extension.” If you can extend the life of equipment, I mean it’s like increasing the life of your dishwasher,” a Norwegian analyst who studies oil companies all day confides, before adding that the big value offshore has hitherto been in megaprojects, and only lately has “quick payback” been a thing.

Digitization offers easier management of these new reserves — witness the modern data room — but improving overall operations (beyond drill tech) by digitizing has been an elusive quick fix. The sum of automated but not-so-management-friendly legacy equipment and commendable human behavior has hitherto been the only path to improved operations: ditto “life extension”.

Digital journeys
Enter the digital twin — enabled by AI and machine-learning — and made possible by a company commitment to “the cloud”. An operator and the supply chain can now build their own apps and employ the new management software to zero-in on physical fixes with a pin-prick examination of the twin.

Before this ability, there was ConocoPhillips, with its 4,000 “analytics practitioners” and “hundreds of proprietary applications”.

With help from class DNV GL and wireless suppliers, the supermajor has long been automating and then digitizing its operations in the North Sea off Norway. ConocoPhillips now awaits royal assent for a life extension project (Tor II) at the ultimate life extension project, Greater Ekofisk. Among the company’s most recent digitizing efforts was installing supplier qualifying app, EPIM JQS, early in 2019.

Tor II
In the decade since DNV GL first guided a ConocoPhillips digital-archiving effort, the class flag bearer has intensified its digitizing push and now has the ability to check for errors and conflict in all the sensors and coding running an oil platform, rig or subsea template.

DNV GL’s evolving Veracity Data Fabric platform builds on that ability and is populated by the managerial tools produced by “app” developers with strong life extension offerings. That’s good news for most of the 20 or so projects offshore Norway that will seek to rapidly control new area reserves from “legacy assets”.

At Tor II, ConocoPhillips will likely deploy its own compressive seismic imaging software; a drilling execution efficiency platform (DEEP) and reservoir simulation capabilities. The Ekofisk-extending Tor tieback, however, would seem ideal for trying out a cloud-based management suit: a challenging new reservoir hook-up to gas-lift pipeline; riser and umbilical to the older Ekofisk 2/4 M platform. The seabed IT link will also have to secure new types of subsea multiphase pumps between wellhead platform and the two-by-four slot subsea production system. There’s much to manage.

Early-movers
Apart from production wells, a pilot well “to test long-term productivity in the Ekofisk formation” — including up to 70 million barrels at Tor II — seems ideal for digital observation. At stake is up to $800 million ahead of first oil at year-end 2020. Still, ConocoPhillips knows life extension: “Having produced the Tor field for 37 years, we are proud to continue to extend development enabling a production lifetime beyond 60 years,” states Trond-Erik Johansen, president, Norway & North Africa.

ConocoPhillips is an early digital mover that awed us a decade ago with a real-time oilfield revenue calculator; tagged and barcoded maritime logistics and remote, video coms.

Maintenance CGI
Putting ConocoPhillips and Tor II in perspective is the digitizing drive of offshore operator, Aker BP, where “in-house” and supplied visualization are in-play to manage life extension.

Under a 2018 pact with digital visualizations company Cognite (part of the Aker “family”), Aker BP is focusing on digitally enabled preventive maintenance (of a pump) and a digital twin (of the control center). Life extension projects at Ula, onstream in 1986, Alvheim (2004) and Skarv (2012) stand to benefit.

As at Tor II, Aker BP at Ivar Aasen (its digital pilot) will employ subsea lift. It is hoped the Cognite partnership will yield preventative maintenance benefits for field partners — and for supplier Framo which, Aker BP chief exec Karl Johnny Hersvik says, “will be able to make better pumps in the future” as a result of pump data streamed to onshore engineers via satellite (for more on this, see page 48).

The digital oilfield twin (and Cognite’s REVEAL 3D viewers) will show instant CGI of the exact location of equipment in need of maintenance. Crews need only consult their devices to identify the part. With the expectation of more maintenance for older facilities, the savings are in “no list checks” for crews and the ability of managers to locate docs, visualize and better plan for production events and maintenance.

No lists: illustration of Cognite software finding and illustrating a fault for crews to examine. (Image: Aker BP)

Augmented audiences
Austrian operator OMV and German Wintershall Dea agreed to share digitization learning with Aker BP, which in turn has partnered with new subsidiary Resoptima to deliver a “digital twin” of its reservoirs.

All of that requires digital infrastructure. Cognite appears to be partnering with OEMs already in the preventive maintenance business but unable, perhaps, to free their data for management contextualization.

An early benefit of digitization for life-extension seems to be that management concerned about overall field integrity gain the apps they’re used to along with oilfield equipment readouts. So, the offshore-onshore video conference between, say, a platform manager offshore and a wellhead expert or executive in Stavanger is supplanted or augmented by an instant, Google-assisted meeting and Cognite contextualized visuals.

For life-extension purposes, Cognite software would have to liberate, present and make useful the “live” and historical data sent by myriad production equipment of varying age, type and make. At Ivar Aasen or Tor II, that would include the vibrations of a subsea pump.

“We have instant access to all our live streams on our computers, tablets and phones and through the Google Assistant,” Hersvik, tells a conference audience.

Supplier surge
While Aker BP frees its data and rolls out the Cognite and Resoptima tech across its portfolio of five operated assets, some digitization suppliers argue caution is needed when going all-out digital.

“Let’s not start with the data. Let’s be clear about what our data needs to do before we start,” Biarri Supply Chain chief exec, John Payne, tells a shipping conference audience. His company has helped Shell and Rio Tinto assess their data needs, and he warns that just 4% of companies are getting value from big data.Big

will not deliver direct value,” he declares, adding that storage and choices on what to monitor are crucial at the beginning. His presentation, The Big Data Fallacy, prompts instant soul-searching, as he reiterates, “Liberating data creates no value. Data is not knowledge. Data is an enabler. It will not tell you what to do next.”

For contrast, Hervik says digitizing is “easy to buy, easy to implement and easy to use.” And liberating more data ostensibly generates commercial value thrice: as management tool for the operator; as data sold to the OEM by the digitizer and by the OEM selling maintenance as a “smart service” based on uptime.

IoT
While Internet of Things (IoT) reports we’ve read suggest oil and gas lags other industries in IoT, Cognite may be ahead when it comes to life-extension management, if only because it was ostensibly commissioned to be a data-aggregating software suite by its current majority owner, Aker ASA.

While Cognite seems to have pre-sold a long list of well-known partners providing wireless solutions to oil and gas, there are other, more specifically life-extension digitizers emerging.

PSV Manager Tool uses pressure safety valve certification and failure rate data to determine the right certification intervals for platform supply vessels (PSV). DeepSearch Cogitive Search engine will dig up handwritten docs, engineering drawings or “the needle in the haystack” that might “extend the life of a field,” Slater says.

DNV GL has been at structural safety for years. Now, it offers digitally its Oreda reliability database in an older trouble spot finder called Corrosion Under Insulation (just the thing for life-extension). With life extension projects adding up, those able to offer digital structural and downhole monitoring; legacy equipment digital harmonization or remote pump and reservoir control find a sales edge.

Some operators we talked to in Norway with high-profile life-extension projects are content not to be the poster people of digitization despite wanting to keep marine infrastructure working to 2050. “It’s a strategic decision. We’re not first movers, so we’re catching up with some of the others after leading (until recently),” an operator source says.