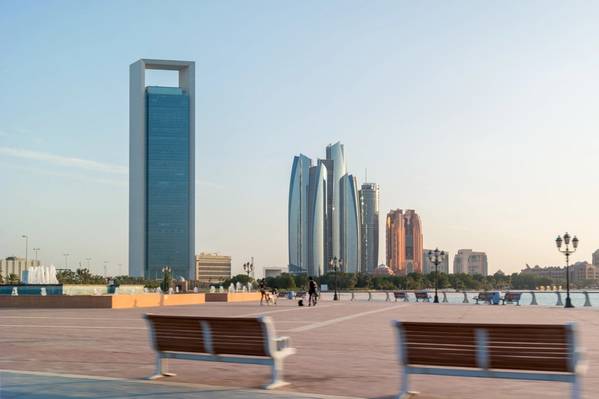 Abu Dhabi National Oil Co aims to exhaust its vast oil and gas reserves even as many consumers switch to cleaner sources of energy, a senior executive in the Gulf oil company said.

The world's transition away from fossil fuel in an effort to slash greenhouse gas emissions is expected to accelerate in coming decades, leaving many oil companies and producing nations pondering their long-term future.

"Our oil is our gold," al-Kindy said in an interview during the ADIPEC oil and gas conference in Abu Dhabi, capital of the UAE.

"With the reserves we have, the challenge we have is monetizing it at the right time."

To achieve that, ADNOC has undergone a drive to slash extraction costs to rival other major producers including OPEC heavyweights Saudi Arabia and Iraq.

ADNOC has embarked on a broader transformation strategy since 2016, expanding its oil and gas business, listing one of its subsidiaries and overhauling its trading operations.

This week it announced it was listing its flagship Murban crude grade and has partnered with Intercontinental Exchange Inc and oil majors including BP, Total and Shell in a new exchange to be launched in 2020.

"We are really the lowest-cost producers because of the efficiencies we drive," al-Kindy said.

ADNOC is also seeking to diversify the sources of energy it can offer.

The company is in the midst of a vast expansion of its production of natural gas, the least polluting fossil fuel whose demand is forecast to rise sharply in the coming decades as Asian economies consume more power.

It has signed deals with oil majors to boost its gas output and has said it was seeking investment opportunities abroad in liquefied natural gas (LNG).

"Whatever resources we have, we are going to really drive the monetization of these resources. We are not going to leave anything in the ground if we can," he said.

A growing number of climate activists and investors have warned that to meet the 2015 Paris Agreement goal of limiting global warming to "well below" 2 degrees Celsius, many of the world's oil and gas resources cannot be tapped.