Doubling Down on Digital 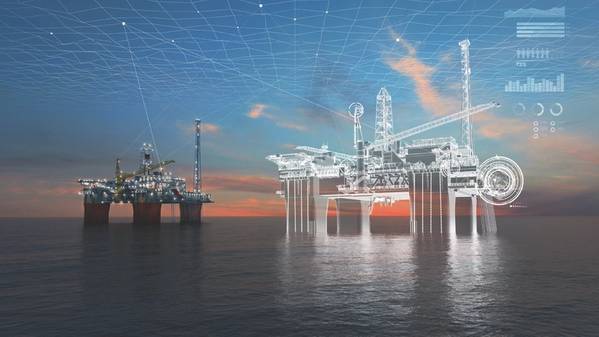 The Integral digital twin platform from ix3 contextualizes data, which means it makes data consistent, coherent and connected throughout the entire life of the asset. (Image: x3)

Companies successful in reducing their capex and opex costs in the real world often do so by taking advantage of the digital world.

There’s a reason terms like big data, digitalization, artificial intelligence (AI), machine learning and the digital oilfield dominate conversations about technology and business plans. But what do these terms actually mean? How can companies mitigate the cybersecurity risks they face? And how, exactly, can these technologies benefit the oil and gas industry?

Vendors, doubling down on digital, are offering a plethora of solutions in fields as diverse as asset integrity management, Internet of Things (IoT) applications, engineering and the weather.

Going digital
Digitalization takes the analog into the digital world, or, as Russ Bodnyk, principle at Coded Intelligence, puts it, “takes the reality around us and translates that into usable information on a computer.” That could be in the form of sensors taking temperature, pressure or vibration readings and logging the data.

The amount of digitalization is growing exponentially, partly due to the sheer volume of data generated through internet of things (IoT) devices, Bodnyk says.

“We’ve run into the limits of traditional big data,” he says. “Machine learning was born partly out of necessity.”

Machine learning might be supervised or unsupervised by humans. Artificial neural networks, which are computer systems modeled on the human brain and nervous system, and deep learning are also responsible for advances in AI.

“AI can’t do 100% of someone’s job. What AI can do, generally speaking, is the more routine, more mundane and more predictable,” Bodnyk says. “AI is not good with context, causal relationships or cognition.”

Within the next 25 years, AI will probably be able to do more than half of what humans can do, and handle more than three-quarters of it in the next 50, he says.

“Creativity is one of the last bastions of human-only traditional intelligence,” he says. “AI gives people the ability to follow their dreams and the freedom to interact in ways they like already. There are so many ways AI can help companies. In the long-term, it makes jobs easier, makes profitable decisions, reduces risk, gives the right intelligence at the right time.”

AI is not yet a big part of information security, he says, but he expects developments on that front to be interesting.

Security in the digital age
One of the challenges the oil and gas industry faces with cybersecurity is that information technology (IT) security is vastly different from operational technology (OT) security, according to Ian Bramson, global head of cyber security for ABS Group, a subsidiary of the American Bureau of Shipping (ABS). IT attacks are often aimed at gaining a financial advantage or disrupting business activities while OT attacks are geared at disrupting or stopping real-world operations, which can result in site safety, public safety, and environmental safety ramifications, he says.

As the oil industry connects more OT systems, it also creates exposure points, which means more ways for “bad guys to get in” and affect core operations. “Systems that were never meant or designed to be connected are now connected,” he says.

A clear understanding of an operation’s connectivity is the foundation of a solid cybersecurity plan. That means looking at how two items are connected in both the real world and the digital one, who has access in each, and figuring out the potential consequences of an attack, he says. The next step is determining what to do if an attack occurs.

“Cyber security comes down to two things: visibility and control. Can I see what’s happening, and can I do something about it?”

And it’s an ever-changing landscape, particularly because the OT environment is a new one for both the attackers and defenders, he says.

“Operators are trying to figure out how to put the basics in place and then how to get ahead of it. Cybersecurity is not ‘set it and forget it.’ As you add digitalization, connectivity goes up, and how they attack is going to change,” he says. “There’s an active adversary that most of this industry has never faced before.”

And when attacks happen, they’re rarely reported publicly due to the risk of exposure, Bramson notes.

Regulations around OT security of critical infrastructure are emerging, and Bramson believes that will drive some to begin cyber assessments. But, he cautions, there is a difference between being compliant with regulations that may be in place and actually being secure.

“Cybersecurity is a core business imperative,” he says. “It helps protect your OT systems to prevent the likelihood of an attack, and if you do get attacked, it helps you limit consequences of the attack.”

CPM ferrets out the root cause of equipment issues and predicts equipment failure so preemptive maintenance can be planned, she says. CPM does this by crunching vast volumes of data generated from numerous sensors on equipment.

“What clients like with a system like CPM is they have more confidence,” Cranga says. “They have more information about their assets. All the data arrives in the control room. They can see in real time what’s happening. It gives them additional insights to make the right decision.”

Using CPM, some of the company’s clients have documented reductions of up to 30% on specific inspection, maintenance and repair scopes costs and reduced the required number of personnel sent offshore, she says. In one subsea intervention, an operator used TechnipFMC’s CPM services to prevent shutting down a well, saving an estimated $50 million in repairs and saving production deferment. 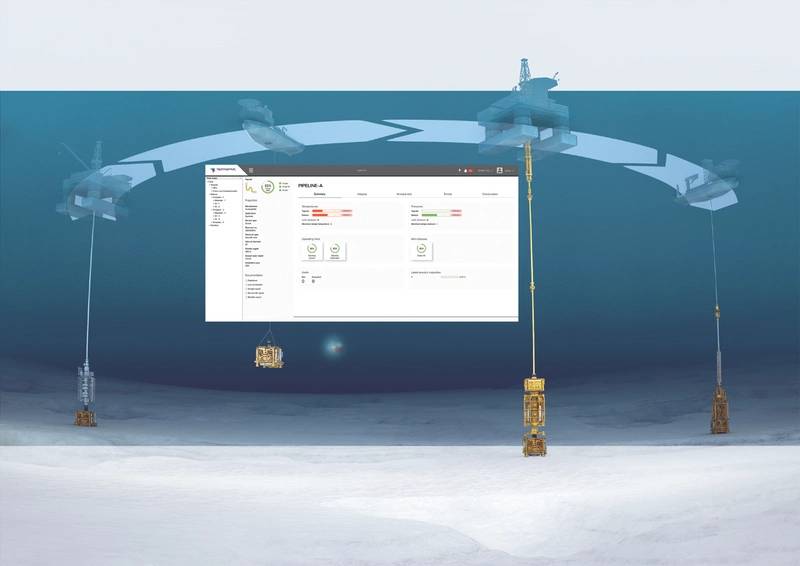 The company sees no limit to the “potential of digitalization to do what we do better and be able to unlock some new possibilities,” Cranga says.

One of those is harnessing the power of AI to manage inventory.

“We are able to fulfill materials demand with stock availability,” she says. “The Excess Inventory app is performing millions of combinations to help match materials against our excess stock.”

That inventory management system, launched in 2018, has so far saved TechnipFMC more than $1.5 million internally, she says.

“Today we have both the ability to access data and the technology to leverage these data,” she says. “Until a few years ago, the digital infrastructure, the connectivity and the computing power were not available.”

Deploying IoT
Baker Hughes, a GE company, and AI specialists C3.ai created a joint venture (JV) in June to bridge the information technology (IT) and operational technology (OT) domains. The JV, called BakerHughes C3.ai, is intended to deliver digital transformation technologies to drive new levels of productivity for the oil and gas industry.

Ed Abbo, president and CTO of C3.ai, says the company helps companies accelerate the design, development and deployment of AI and IoT applications to transform businesses, including oil and gas.

“A majority of data is not really analyzed or processed. It’s collected and neglected,” Abbo says. He believes this data is the key to enormous potential: reducing the breakeven price of oil and improving safety and reliability of operations.

According to BHGE, AI in the oil and gas segment helps improve overall performance by ingesting massive quantities of data, becoming intelligent about specific operational environments and predicting problems before they occur so that operators can improve planning, staffing, sourcing and safety.

Dan Brennan, BHGE’s VP of Digital, says, “Artificial intelligence and machine learning technology can really help add significant value” in categories like equipment reliability and production optimization. The promise of AI is that it can help companies “unlock value from the constant influx of operational data as well as data that has been stranded from 10 years ago,” he says.

Shell has long used BHGE’s JewelSuite for reservoir modeling, and in 2018 announced use of the C3.ai platform to accelerate the company’s digital transformation, focusing on using AI and machine learning to improve overall operations starting with predictive maintenance.

Recently, BHGE and C3.ai announced the launch of the AI-enabled BHC3 Reliability application, which uses historical and real-time data from entire systems to identify anomalous conditions that lead to equipment failure and process upsets.

Part of the problem has been around making sense out of the data because manufacturers digitally refer to equipment in different ways and operators use different naming convention for equipment such as compressors on a facility. Further, various software systems all represent data in different ways, making it difficult to integrate and extract data.

“Even though they are similar, they are different,” says Are Føllesdal Tjønn, who heads up ix3, the software and digital services company to enable operators to accelerate field development projects and optimize asset performance that Aker Solutions launched in May. “We needed a solution where we could extract data from many sources and conceptualize it, bring meaning to it in a coherent and consistent way across different sources and customer bases.”

At its most basic, ix3 is about different ways of classifying data, so the team spent a lot of time and effort building the semantic web and creating a semantic model of an industrial asset.

One of the challenges EPC contractors face is the ability to tap into an offshore installation’s history to search for information about how a problem was solved, he says, so the company created the Engineering Assistant app, which is basically “a search engine for engineers” to extract data from previous projects much more quickly than before.

“That has enabled us to develop completely new solutions for how we do concept studies, FEED and engineering projects,” saving weeks or months of engineering time, Tjønn says.

Forecasting
Big data is even changing weather forecasting. Rob Berglund, energy solutions lead at The Weather Company, an IBM Business, said a decade ago, TWC would forecast 100,000 different points around the world. Doing so required major spreadsheets that forecasters around the globe used to put out forecasts which they updated throughout the day.

“It was a massive, incredible amount of data to manage,” Berglund says.

Now, TWC devotes about 24 terabytes a day to generating hyper-local forecasts, to the tune of forecasting 2.2 billion locations every 15 minutes, he says. To do that, TWC had to transition away from just using data from Federal Aviation Administration sensors at airports and buoys in the ocean. Now the data comes from a variety of sources. TWC relies on voluntary crowdsourcing of weather sensors around the world, even including pressure sensors on mobile phones with user permission. Airlines dispatch data about upper atmospheric conditions airplanes encounter while flying over oceans. TWC then uses artificial intelligence to break down all the data.

TWC provides its offshore customers a weather-based dashboard that drives alerts. The company also sells radars to help fill in gaps for offshore areas with inadequate sensing. It sends the feedback to the operator’s dashboard, where it can be interpreted. 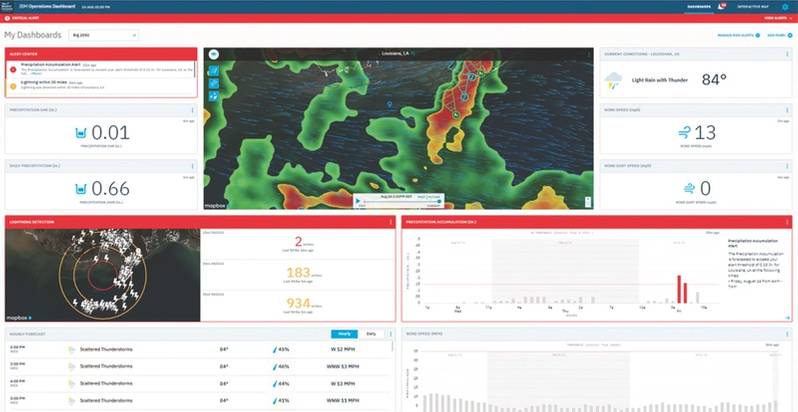 “It’s more than just a remote guess. You’ve got information at the asset you really care about,” he says.

The ways artificial intelligence can be used are evolving. It is possible, he says, to train satellite imaging to spot gas leaks, combine that image with weather and wind patterns, and determine where the leak originated.

“We could train the satellite imaging going forward as to what a gaseous leak looks like, from space at scale, and they can do that across the entire global assets,” Berglund says.

“Imagine the modeling you can do, no matter where you are, in remote areas,” Berglund says. Artificial intelligence could analyze “real-time images from millions of mobile devices, stitch them together and say, this is what’s happening in that area.” 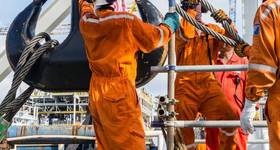 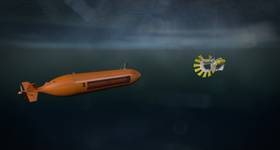 Eco Atlantic: Board, Management Salaries Cut up to 40%