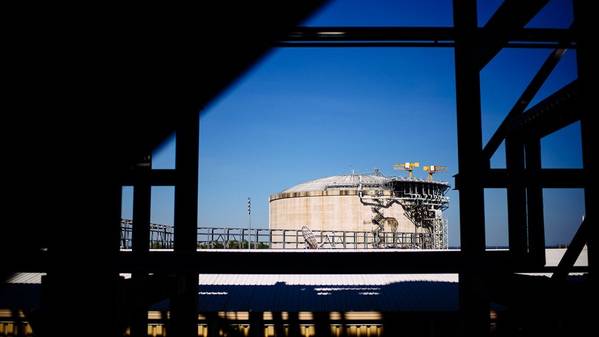 Santos announced it has acquired ConocoPhillips’ northern Australia business with operating interests in Darwin LNG, Bayu-Undan, Barossa and Poseidon for US$1.39 billion plus a $75 million contingent payment subject to FID on Barossa.

Matt Fox, ConocoPhillips executive vice president and chief operating officer, said, “While we believe the Darwin LNG backfill project remains among the lower cost of supply options for new global LNG supply, this transaction allows us to allocate capital to other projects that we believe will generate the highest long-term value to ConocoPhillips.”

The effective date for the transaction will be January 1, 2019.

Santos Managing Director and Chief Executive Officer Kevin Gallagher said, “Santos was a founding partner with ConocoPhillips in Darwin LNG, which has been operating since 2006. The acquisition of these assets fully aligns with Santos’ growth strategy to build on existing infrastructure positions while advancing our aim to be a leading regional LNG supplier.

“This acquisition delivers operatorship and control of strategic LNG infrastructure at Darwin, with approvals in place supporting expansion to 10 mtpa, and the low cost, long life Barossa gas project.

“These assets are well known to Santos. It also continues to strengthen our offshore operating and development expertise and capabilities to drive growth in offshore northern and Western Australia.”

“Santos is also committed to be Australia’s leading domestic gas supplier and we will be pursuing domestic gas opportunities in the Northern Territory from our broader northern Australia gas portfolio where we have significant resource potential both onshore and offshore.”

“Santos intends to manage gearing within our stated operating range and is targeting to sell-down equity in Darwin LNG and Barossa to 40-50% in order to create alignment between joint venture participants as well as by optimizing equity levels in our Western Australia assets.”

“We are also in discussions with existing Darwin LNG joint-venture partners to sell equity in Barossa and further equity in Darwin LNG and also with LNG buyers for offtake volumes. Santos will target the contracting of ~60-80% of LNG volumes for 10+ years prior to taking FID on Barossa, which is expected by early 2020. Discussions to date have demonstrated strong interest in Barossa LNG, given it is a brownfield upstream development located close to North Asian demand.”

“The acquisition is value accretive for Santos shareholders in year one following completion across a range of metrics and importantly further reduces our free cash flow breakeven oil price by approximately US$4 per barrel in 2020.”

“As we have demonstrated following the acquisition and integration of Quadrant Energy into our offshore business, Santos’ low-cost operating model is creating opportunities for disciplined growth across Australia.”

Wood Mackenzie senior analyst David Low said, "This is a logical and attractive transaction for a number of reasons. It consolidates existing equity participation across the Barossa, Bayu-Undan and Darwin LNG assets. The deal will now act as a catalyst for further alignment of equity across the three projects. South Korea’s SK E&S is expected to make the first move and acquire 25% in Bayu-Undan and Darwin LNG. Gaining equity alignment across the Barossa project and the Darwin LNG plant would remove a key hurdle for taking FID on the Barossa project.

"This further consolidates Barossa as the leading backfill candidate for Darwin LNG, and puts in place an Australian operator for whom field development will be a portfolio priority. We do not expect this transaction to impact the 2020 FID timeline for the Barossa project.

"The deal fits within Santos's strategy of acquiring low-cost, Australasian natural gas assets. However, even though Barossa is attractive as a brownfield LNG backfill investment, it is also a large and complex project. With over US$4 billion of capex spend to first gas, executing the development on time and on budget will be a major test of Santos’s ‘big project’ credentials.

"The acquisition increases Santos's equity in Barossa from 25% to 62.5%. However, it will look to farm down its share to around 40-50%. This helps Santos with reaching its 100 mmboe production target by 2025.

"ConocoPhillips's sale of its NT portfolio does not come as a surprise. We predicted in our August insight both a forthcoming M&A shake-up in Australia - particularly around LNG assets - and that ConocoPhillips will look to rationalize its Australian position. We now expect the US company to redeploy this capital into its North American unconventional and Alaskan positions. ConocoPhillips already allocates around 70% of its capital into its US operations, so this sale, following recent Timor Sunrise and UK divestments, is firmly in line with its strategy of reducing international exposure and increasing North American output.

"This will not be the last big deal in the Australian M&A scene, and we are confident there are more major transactions coming down the pipe. Watch this space."