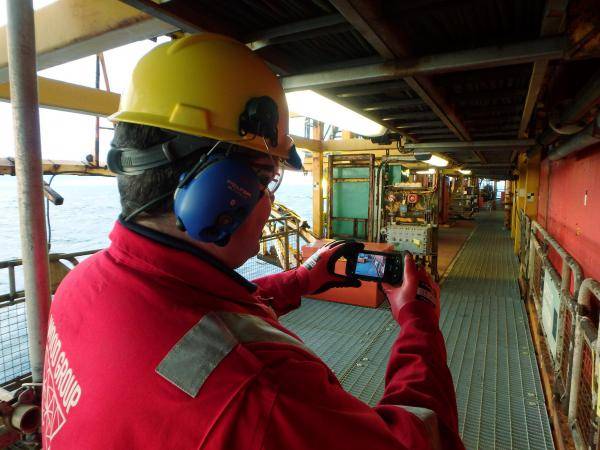 As connectivity at offshore oil and gas facilities improves, one of the major hurdles for augmented reality technology is evaporating.

Connectivity has, for years, been the primary challenge for uptake of certain remote-enabling technologies for use in testing, inspection and repair work, says Jereme Pitts, Librestream COO.

“Connectivity is only going to get better,” he says.

Librestream, which offers the Onsight augmented reality service platform, has designed its technology for use with low bandwidth, so it can operate on satellite, 3G, or 4G and “5G is even better,” Pitts says.

Hand-in-hand with that improvement in connectivity seems to be a willingness of offshore personnel to embrace technologies that provide access to remote experts, he says. When speaking recently with customers on an offshore rig, he says, the workers “weren’t saying, ‘No, I don’t want to use this technology.’ They were saying, ‘I want this to be even easier. I want it to realize when something is wrong.’ They’re not the detractors anymore. It’s not the same pushback you would have gotten in the past,” Pitts says.

This is interesting and beneficial, he says, because remote technologies and augmented reality have the power to transform a business, particularly in an industry when people are retiring at an unprecedented rate and jobs are becoming increasingly complex.

“Technology has to be the solution here,” Pitts says.

Augmented reality can give a worker on an offshore facility real-time access to an expert onshore, making it possible to remotely diagnose, inspect and troubleshoot assets in the field.

About 95% of Librestream’s business is software as a service (SAAS). One of the key components of that is Onsight Connect, which allows people to inspect offline or in real time with a remote expert. A datalink routes the data to a storage facility where artificial intelligence, machine learning and cognitive services can “make that data smart.” The company also offers ATEX-certified hardware, such as the Onsight Cube-Ex wearable that is infrared-capable and intended for use in inspections.

Augmented reality and remote technologies can save countless hours when it comes to offshore facilities, he says.

According to information supplied by a customer to Librestream, he says, such technologies can cut a job that normally takes one week down to under half of day.

“One testing and inspection company says they’re doing three times the number of inspections per day” with this technology, he adds. The US Federal Aviation Administration is using the technology to approve an inspection without needing to send personnel to a worksite, he says.

“At some level, every company is trying to figure out how to do this. This is no longer a toy that they want to fiddle with,” Pitts says. “This is something that they have to have.”

A technician and onshore specialist remotely troubleshoot and inspect an asset on the rig using Librestream’s augmented reality platform.