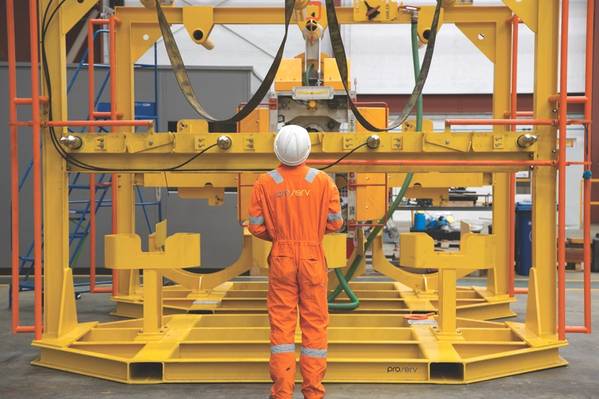 A Proserv technician carrying out an equipment inspection (Photo: Proserv)

In the oil and gas industry, cold, hard data greatly informs an upstream operator when it looks to predict the future direction of the market and chart the course of its business strategy.

A substantial rise in the price of oil might mean previously shelved, investment intensive projects are dusted off and reignited. A spike in the price of other commodities, such as steel or aluminum, could mean original equipment manufacturers (OEM) will bump up the prices of manifolds or subsea trees, thus impacting cost projections.

But some key benchmarks are harder to quantify. Reliability of equipment is not so easy to measure but it is nonetheless essential, no matter where that operator is pumping oil or gas. In the harsh, often challenging environments encountered in the subsea segment, shutdowns and failures are a particularly major headache and are not easily rectified.

The obsolescence factor
The risk of equipment becoming obsolete is a perennial problem, which impacts the reliability of subsea control systems. The common scenario is that an operator will acquire a system from an OEM and then utilize it, with no major hassles, for a period of time.

But invariably, sometimes as soon as five years after deployment, the system will begin to falter as components break down and gradually the reliability of the operation will be increasingly compromised. In our experience, the one piece of kit that so often seems to be the root of the failure – is the electronics in the control system itself.

Faced with regular outages, the operator will naturally turn again to the OEM and seek new circuit boards to replace the broken parts, only to find the latest generation of the control system no longer co-exists with the previous technology and the desired hardware simply isn’t available.

Typically, when a control system develops regular failures and the supplier cannot offer tangible support, an operator feels compelled to upgrade everything – adding to capital expenditure (capex) and requiring a convenient production shutdown period when the replacement can be installed.

When the oil price is sky high, then spending $20 million on a full upgrade because a couple of relatively minor parts have failed, might be easier to swallow, but it still doesn’t make commercial sense if such an outlay is being committed when there are clear alternatives available.

Opting for coexistence
As the industry has steadily risen from the nadir of the downturn in 2016, the “lower for longer” philosophy around oil prices is still very much on the boardroom table when it comes to corporate strategy. It is surely counterintuitive for an operator to seek to extend the life of assets and ramp up efficiencies when it is missing a big trick regarding resolving the issue of obsolete control systems.

The subsea product development strategy at Proserv is attuned to addressing the inherent obsolescence challenges faced by operators, by providing technology solutions that actually coexist with the OEM’s original control system.

Our Augmented Controls Technology (ACT), for instance, enables additional technologies, such as flow meters, to be deployed to support, or ‘augment’, any existing control system, removing or replacing defective components as required. So, this effectively means a full system upgrade, and its hefty associated costs and time implications, can be avoided.

At a time of ongoing capex caution, a feasible alternative option to committing tens of millions of dollars towards major upgrades could transform a business plan.

Making commercial sense
Over and above the cost benefits, there are additional gains from preferring a coexistence approach to the replacement of a whole control system.

Presently, an operator that can see further potential in a field, and who may want to add a couple of new tiebacks to it, might be constrained by the misguided belief its unreliable and ageing controls system would have to be completely replaced in order to undertake the expansion – and so access the additional oil and financial returns. So, the project simply wouldn’t add up.

But by choosing to augment and improve its existing control system at an affordable cost, rather than make a big investment on a full upgrade, the opportunity to add in those tiebacks suddenly becomes commercially viable.

Indeed, industry analysts have identified a notable uptick in tieback activity around the globe.

Rystad Energy has forecast that in North America alone subsea tieback expenditure will more than double from 2020 to 2025, with a compound annual growth rate of 16.5% over the next six years.

Tiebacks offer a relatively low capex means of extending output from a field with a quick turnaround to production and minus the tens of millions of dollars of outlay, and development time, required for a new greenfield site.

So, as they seek to embrace projects that reduce time, cost and risk, a smart operator will also realize it can further reduce its overheads by acquiring, in its initial investment, a subsea control system solution that has the flexibility and capability to coexist with other equipment, and thus has little threat of becoming obsolete.

Such an approach fits much more appropriately with the current thinking of maximizing returns, improving efficiencies and extending the life of brownfield sites than the break/replace philosophy does.

At Proserv, we have seen a number of independent operators wise up to the benefits and value presented by breaking out of the old model. Their more limited footprint and capacity means that, especially when they are working smaller fields and seeking to gain more for less, the ability to avoid system upgrades when equipment fails, or has become obsolete, has been highly attractive.

But more of the international majors should follow suit. Many of these believe that buying their subsea production systems from one contractor offers them security and convenience. But that procurement strategy is likely to fall down when some of the system becomes obsolete five years later.

Irrespective of where the oil price sits and how deep an operator’s pockets might be, it makes little strategic sense to accept poor reliability and the likelihood of obsolete electronics hardware.

Data analysis alone cannot tell the whole story but when subsea tiebacks are widely predicted to spike and the age of operational equipment is expected to keep increasing, a viable and cost-effective means of avoiding expensive control system replacements will undoubtedly play a vital role in the years ahead. 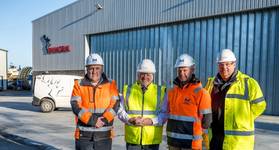