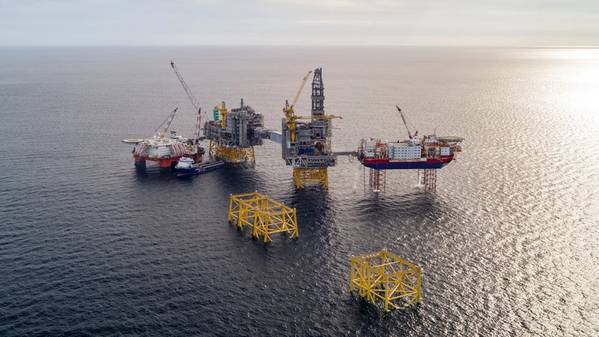 The overall dollar amount for offshore project sanctions so far in 2019 has already broken the $50 billion mark and is on pace to surpass 2014's total commitments of $78 billion in the near future, according to analysts Rystad Energy.

Driven in big part by Saudi Aramco’s recently announced $18 billion worth of project commitments associated with the Marjan and Berri expansion projects, 2019 is shaping up to be yet another signal that the offshore industry has turned a corner, the analyst said. Rystad forecasted in January that 2019’s total project commitments could reach $123 billion, and the firm believes that the number is still attainable.

The Marjan Expansion alone is the largest field to be sanctioned globally since 2014, and Rystad noted that there are several more key project decisions on the way. Later this year, the Hail and Ghasha Sour Gas projects, Lula’s Oeste floating production, storage and offloading unit (FPSO) in Brazil, and the feed gas systems to develop the Atum and Golfinho assets on the Area 1 LNG project are also expected to be sanctioned. If that happens, four of the top 10 offshore projects since 2014 will have been sanctioned during this calendar year. Previously, the $4.7 billion Liza Phase 2 project was the largest offshore field to be sanctioned this year.

For the offshore industry to reach Rystad’s 2019 forecast of $123 billion, more than $86 billion of second-half 2019 onshore and offshore commitments will require an oil price of at least $40 per barrel to break even.

Rystad cautioned that 15% of the potential $123 billion to be committed for offshore projects has a breakeven price over $60 per barrel. While that number has decreased to 13% since the time of publishing, it still means that $16 billion worth of projects are at high risk of not receiving funding at the time of their sanctioning decisions this year, it said. 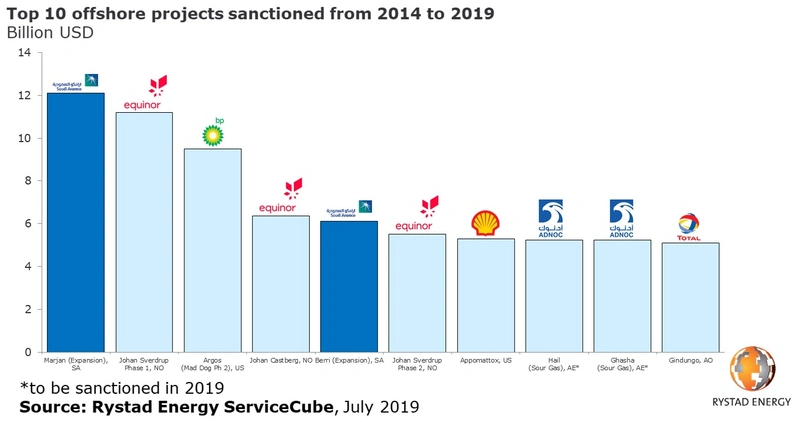