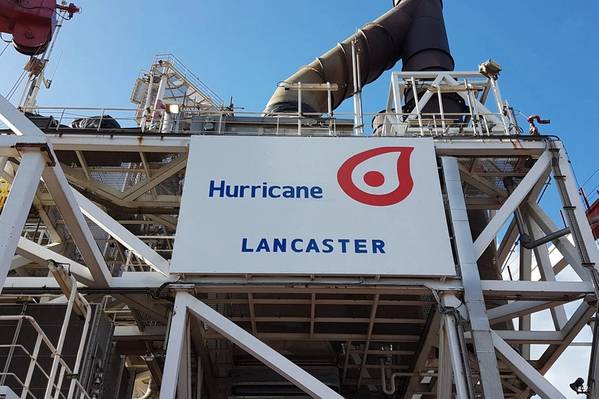 UK based oil and gas company Hurricane Energy said it has sold its first cargo lifted from the Aoka Mizu floating production, storage and offloading unit (FPSO) at its Lancaster field offshore Scotland.

The cargo was marketed by BP Oil International and transported by the Amundsen Spirit shuttle tanker, Hurricane announced in an operational update on Tuesday.

Dr. Robert Trice, Chief Executive of Hurricane, said, "First lifting from the Lancaster EPS marks the generation of Hurricane's first revenue. We are now building the cash flow necessary to invest in the further appraisal and development of Hurricane's basement assets."

First oil was achieved on June 4, marking the first success for so-called fractured basement reservoirs in the UK and a major milestone for the company.

Hurricane, which plans a phased development of the Lancaster field, is is now in its first phase of development, an early production system (EPS) consisting of two wells tied back to the Aoka Mizu FPSO vessel.

The early production system is expected to produce a total of 37.3 million bbls over six years, according to World Energy Reports.