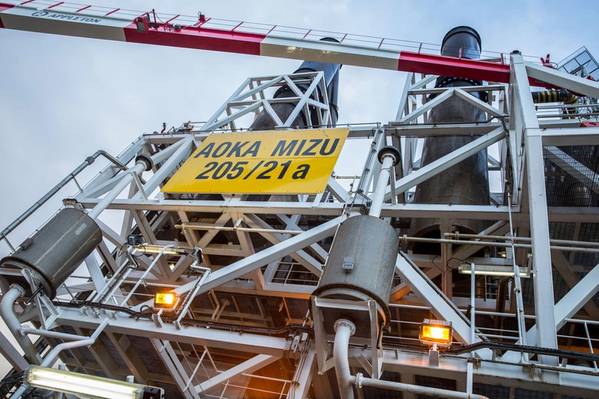 Hurricane Energy has announced first oil at its Lancaster field off Scotland, the first such success for so-called fractured basement reservoirs in Britain and a major milestone for the company within its guided schedule.

"Lancaster is the UK's first producing fractured basement field and the fact that Hurricane has delivered this industry milestone on time and within budget is an incredible achievement," said Robert Trice, Hurricane chief executive.

Hurricane said that on Tuesday its Aoka Mizu floating production, storage and offloading vessel recorded 72 hours of output - a phase known as first oil - at a rate of 20,000 barrels per day.

"Today's announcement from Hurricane is another step forward in demonstrating the scale and deliverability of the fractured basement play in the UK North Sea on the Lancaster licence," Victoria McCulloch said in an RBC note.

"We anticipate nine to 12 months of production data from now is required in order to fully understand the scale of the reservoir and sustainability of production."

In a coup for Hurricane, Spirit Energy, backed by Centrica , last year agreed to invest almost $400 million in exchange for 50% of GWA, where drilling is also underway and results are expected from the first well within weeks.

There is no fractured basin field in production in Britain at present. Lundin Petroleum extracts oil from a fractured reservoir in the Norwegian North Sea.