Subsea power distribution down to 3,000 meters depth will soon be a reality. This summer, a full-scale prototype will be running a 3,000-hour test. After that, assuming all goes as planned, it will be time for commercial launch, potentially with far reaching implications for production facilities worldwide. It may even eventually make the entire topside production platform a memory from the past.

A new design for power distribution infrastructure in offshore installations is currently taking shape in Norway. Here, ABB and a group of partners are developing equipment designed to sit on the ocean floor, at depths of up to 3,000 meters, operating for up to 30 years without maintenance. The subsea power distribution system can provide up to 100 megawatts (MW) and be supplied over a distance up to 600 kilometers. The joint industry project (JIP) is a collaborative venture between ABB and Equinor with its partners, Total and Chevron.

The project aims to improve recovery rates for new offshore installations and to extend the life of existing assets, using advanced modular subsea installations instead of traditional platforms and floating production systems.

The seeds of the project were sown in 2013, when ABB was tasked with improving the recovery rate at the Asgard field in the Norwegian sector of the North Sea. The operator, Equinor, had discovered that the pressure inside the well was dropping at an alarming rate, although the remaining reserves were considerable. ABB provided power for subsea gas compression equipment for artificial boost, the first of its kind.

New concept developed
The JIP was formed to develop this concept further. With a power distribution infrastructure on the seabed, future offshore production may not require any topsides or floating production systems, offering significant cost and safety benefits. Power will be supplied with a single cable, instead of one for each load. All equipment for medium voltage distribution, power conversion, automation and auxiliary power will be fitted in subsea enclosures. A modular power distribution system on the seafloor will drive pumps, compressors and other process plant.

The potential savings are considerable. In a project with eight different loads, such as pumps or compressors, capex savings could be about $500 million. Efficiency will be significantly improved, as the loads are closer to the well. It should be possible to save as much as 30% on capex and opex over a 30-year lifetime.

With further development, the concept could eventually result in an autonomous subsea factory, using digital solutions to enable intelligent remote and unmanned operations. This would further reduce capex and opex, while increasing recovery rates, improving safety, enhancing reliability, raising productivity and minimizing environmental impact. The power can be supplied over a distance up to 600 kilometers. Using this concept, practically all of the world’s known resources can be reached.

A technical challenge
While there is a robust business case for placing power distribution equipment on the ocean floor, this is not the same as having a technical solution. Many hurdles had to be overcome to get to the launch of a full prototype test. Designing a power supply infrastructure that can operate at 3,000 meters depth for 30 years meant considerable technical challenges, as the operational conditions are extremely harsh and reliability requirements exacting. Nothing like this has ever been done before, and many new insights have been gained along the way.

This summer will see the beginning of a 3,000-hour test in shallow water with a full-scale prototype — medium voltage switchgear, control and low voltage distribution equipment and two parallel variable speed drives (VSD). The first commercial system is expected to be in operation by 2023.

Long-term testing
Since the 2017 shallow water test, components have been verified, redesigned and optimized. Long term testing has been ongoing on the component level.

A significant challenge during environmental development and test was to capture the precise conditions that would lead to a test deviation, a change in device behavior or component value, particularly when these deviations were intermittent and only apparent under the harshest of test conditions. This work was often carried out in specialist test facilities.

All components are based on existing equipment, adapted for subsea operation. The project aims to qualify the basic building blocks to work with the typical voltage and power ratings used in subsea processing, as well to operate in very demanding subsea conditions. All components are tested to API 17F. This includes tests for temperature, vibration and pressure, as well as accelerated lifetime testing.

The project activities follow the recommendations and technology readiness level (TRL) defined in the procedure DNV RP-A203. This provides a systematic approach to ensure the technology will function reliably within the specified limits. The progression to full scale prototype testing means the project is now moving from TRL3 to TRL4.

Existing requirements for topside equipment generally apply, as well as API17F Standard for Subsea Production Control Systems. Using these standards and methods, the project has developed packaging technologies to enable robust and cost-effective power distribution and conversion for subsea use. The goal is to provide the industry with proof that this technology is ready for use.

Powerful controller
While the control system is based on existing products, the technology had to be significantly upgraded and modified. The system also needed a completely new enclosure design. Though there are already subsea electronic modules for well-control applications, the control system designed here will offer more advanced functionality compared to existing solutions. The system is much more powerful than any state-of-the-art system used for subsea today.

The subsea VSDs are designed to control the speed and the torque of the subsea pumps and compressors for seawater injection, boosting and compression applications. They are also instrumental for retrieving diagnostic data. It is often more useful to collect device data from the VSD than from the actual devices. This helps predict device behavior, optimize the operation and track performance indicators, building resilience.

The project is now in its final stages. As the shallow water test of the full-scale prototype begins, the industry can look forward to a new era in which subsea installations replace topside platforms, significantly reducing the costs and the risks associated with production. 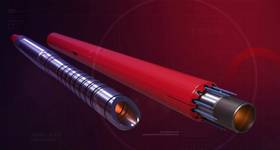