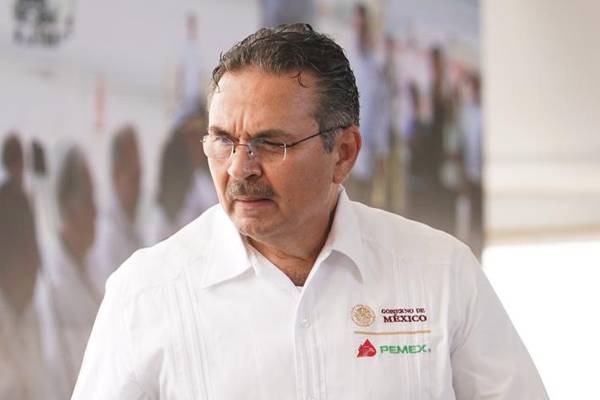 Fitch changed Pemex's credit rating from investment grade to speculative grade, or "junk", with a negative outlook, a day after it downgraded Mexico's sovereign debt, a decision criticized by the Mexican finance ministry.

The new rating for Pemex is BB+ and that of Mexico's sovereign debt BBB.

A second downgrade by Moody's, which rates the bonds one notch above junk, could result in as much as $16 billion of forced selling by investors whose mandates stipulate they must hold bonds of investment-grade quality.

Pemex called the move by Fitch "excessively severe" in a statement issued on Thursday evening, adding that the company has the full support of the Mexican government.

"In contrast with the rating granted by Fitch Ratings, the company has implemented a series of responsible actions in favor of its fortification," Pemex said.

Pemex has $106 billion of financial debt, making it the most indebted oil company in the world, with investors warning earlier on Tuesday that a downgrade was imminent because the measures taken were not enough.

"The most supportive policy from the government would be tax breaks that would allow Pemex to become cash flow positive."

Mexico's government in May unveiled measures to help Pemex with its debts and gradually reduce its tax burden.

Fitch said the new classification would apply to about $80 billion worth of outstanding bonds that are held by investors ranging from pension funds to sovereign wealth funds.

"Although Pemex has implemented some cost cutting (measures) and received moderate tax cuts from Mexico, the company continues to severely underinvest in its upstream business, which could lead to further production and reserves decline," Fitch said in a statement.

"The very high level of transfers from Pemex to the Mexican government continues to significantly pressure Pemex's cash flow generation and reinvestment ability and weaken its standalone credit profile," it added.

Mexico's finance ministry criticized Fitch's move and reaffirmed its support for Pemex, which it described as an integral part of the Mexican economy.

"This action was taken on the sovereign debt of Mexico and that of Pemex even though the government has shown a total support for the company and is trying to find solutions for its structural and financial problems," the ministry said.

Fitch also downgraded Mexican state utility company CFE from BBB+ to BBB and revised its outlook to stable from negative, indicating that investors should not expect another ratings action in the near future.

Lopez Obrador took office in December with ambitions to build a $8 billion refinery, but ratings agencies and investors are concerned this diverts funds away from its more profitable exploration and production business.

"We expect a continued periodic effort by the (Lopez Obrador) administration to shore up finances to prevent more deterioration in ratings to Pemex," said James Barrineau, head of emerging markets debt relative at Schroders.

If two of the three ratings agencies classify Pemex as "junk" it would become the largest fallen angel - the ignominious distinction for a borrower that descends from investment grade to junk - in history.