Imbalance in the Oil & Gas Ecosystem 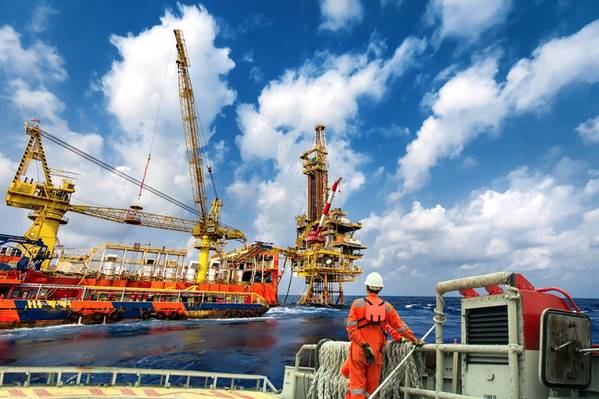 While the oil and gas industry shows signs of stabilization, the imbalance in value and margins between exploration and production (E&P) companies and the oilfield service segment is significant, according to a report by Deloitte.

A major worry related to the current downturn revolves around the skewed and unhealthy migration of values and margins to E&P companies, who are recovering and even growing, and away from the oilfield services sector, positioning those companies in a struggle for survival, according to “Decoding the oil & gas downturn”.

The oilfield services sector was “the first to suffer from the downturn in terms of companies renegotiating their contracts to lower rates, lowering activity levels and pushing margin destruction to the oilfield services sector, and they’ve not yet got to a recovery mode,” said Andrew Slaughter, executive director, Deloitte Center for Energy Solutions, and one of the authors of the report. 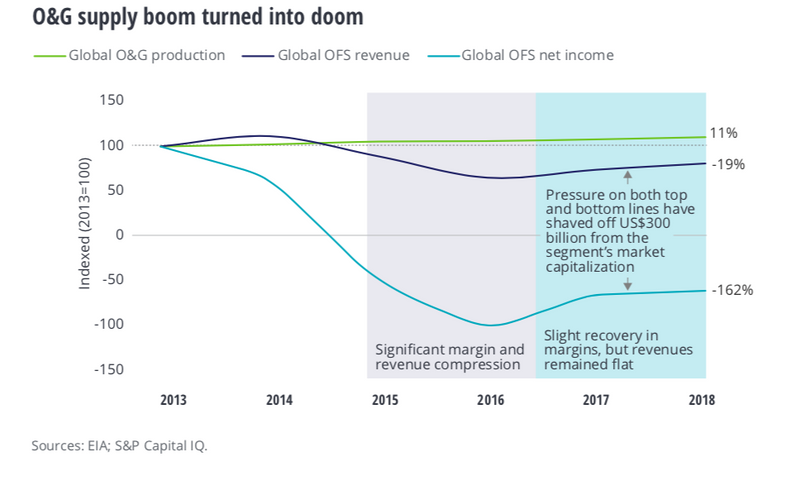 The oilfield services segment’s revenue fell by 20% during the downturn, due to both reduced activity and a downward pricing structure. (Source: Deloitte Insights)

Upstream companies, understandably, want to “hang onto” those better terms, day rates and contracts, he acknowledged, but for the health of the business, “they should look at more partnering or performance-based contracting.”

As it is, the total market capitalization of the oilfield services segment has fallen by half to $262 billion, and the entire segment is now less than the size of the biggest supermajor, according to the report.

Slaughter said the relationship between the E&P companies and the oilfield services sector should be symbiotic.

“It’s not sustainable over the longer term to have the oilfield services companies be totally squeezed out,” he said. “There’s an imbalance in the ecosystem.” 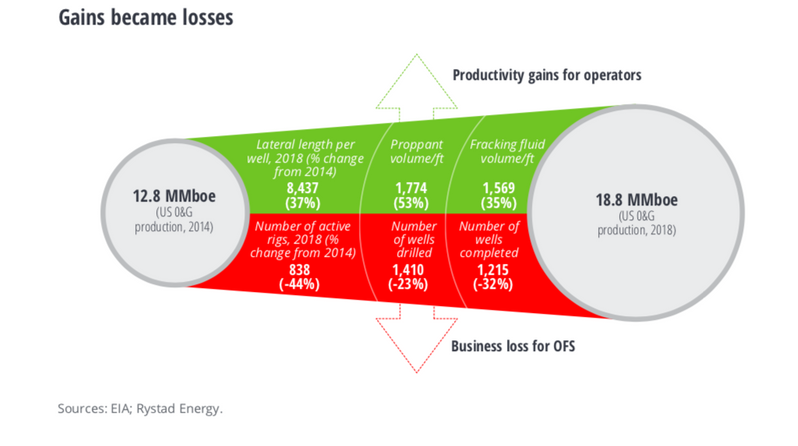 The average number of rigs deployed in the United States dropped by 45%, while the number of drilled and completed wells dropped by 25%-30% during the downturn. (Source: Deloitte Insights)

There are, however, bright spots in the offshore industry, including a series of announced transactions, finds and investments, Slaughter said.

“There are signs the offshore is coming back and it’s still important,” he said.

At the same time, he said, it’s important to note that while the upstream industry has struggled during this downturn, the midstream and downstream segments have fared better.

“It’s not a monolithic industry,” Slaughter said. “There are segments of the value chain which have done okay, thank you very much.” 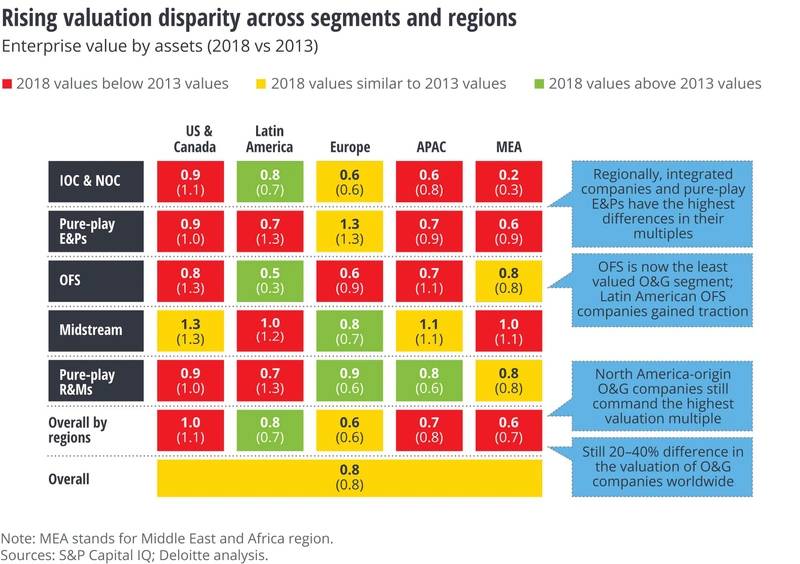 The industry has remained undervalued in general, with the market valuing O&G companies significantly below their book value or replacement cost at around 0.8 times (enterprise value/total assets). (Source: Deloitte Insights) 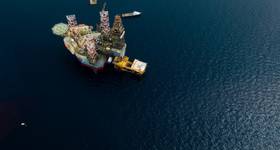