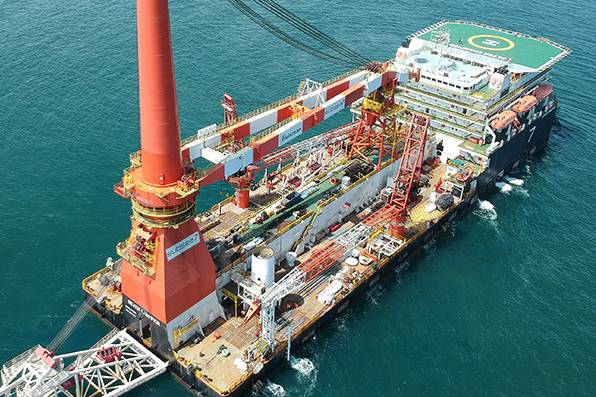 Subsea 7 posted first-quarter core profits below expectations on Thursday while adding that the offshore oilfield service provider's full-year revenue is no longer expected to decline.

"We are now guiding for 2019 Group revenue to be broadly in line with 2018," Chief Executive Jean Cahuzac said in a statement, adding that demand for equipment such as subsea umbilicals, risers and flowlines (SURF) was increasing.

"We continue to experience a gradual volume-led recovery in integrated and stand-alone SURF projects," Cahuzac said.

Analysts in a Reuters poll had expected Subsea 7's revenue to decline by 6 percent this year to $3.83 billion.

Earnings before interest, tax, depreciation and amortization (EBITDA) excluding one-offs rose to $111 million from $103 million a year earlier, but missed the $129 million expected by analysts polled by Reuters.

Despite the higher revenue forecast, Subsea 7 still expects its adjusted EBITDA for the year to lag 2018 as its works its way through older contracts with weaker margins.

"We have started to see increased pricing on tenders for major new projects, but this will take time to materialize in our financial results due to an anticipated two to three year time lag, on average, between tender, award and execution," Cahuzac said.