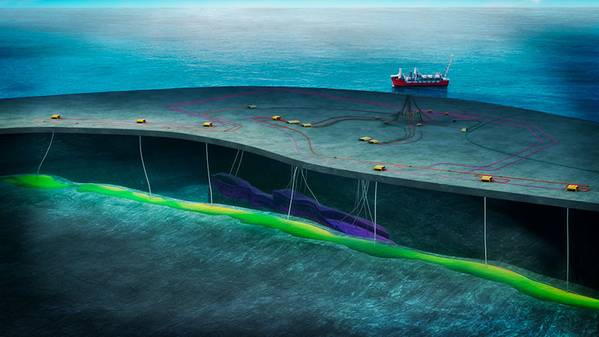 Global subsea Xmas tree orders took a major hit through the downturn. But, manufacturers are doing their bit to reduce cost and new generation trees are soon to leave factories, as Offshore Engineer found out during a tour of Aker Solutions’ Tranby facility, near Oslo, in Norway this week.

The downturn has taken its toll. From some 1,000 working at Tranby, it’s now 685. Historically, the facility has produced more than 60 subsea Xmas trees in a year, but that has been down to 20-25.

But, in the downturn, there’s been much focus on efficiency, quality, cost and schedule. Some of the results of this work were outlined in figures presented by Janne Rasten, SVP and Head of Products Norway at Aker Solutions, this Monday. Between 2015-2017, subsea tree master valve block cost was reduced by 40%, she says. Water injection tree delivery was reduced from 43 weeks to just eight. Production tree delivery was reduced from 68 to 17 weeks. Project start has been improved from being 3% on time to 57% and then 96%, she says.

This has been helped by investment in new machines and automation, including tube bending, dramatically reducing manufacturing hours, and lean processes. A goal to achieve full capacity and produce 60 trees in one year was achieved through these measures, in August 2016 to August 2017, during which period trees for Moho and the huge 65-tree Kaombo project, both for Total offshore Angola.

But the work doesn’t stop. The company is also now testing robotic arms at the facility to further help with tub bending.

Ærfugl (the name of a seabird from the duck family in Norway) will be the first to utilize Aker Solution’s new 7in vertical Xmas tree (VXT). The Ærfugl field, including Snadd Outer, is a gas condensate field, nearly 60km-long and just 2-3km-wide, close to Aker BP’s Skarv FPSO, about 210km west of Sandnessjøen, Norway.

The same tree will also be used on Johan Castberg, thanks to the separate project joint ventures agreeing to work together at design review phase to optimize the tree design, helping to reduce opex and capex cost and simplify operations and spares, says Lars Timberlid Lundheim.

“The industry was challenged by Equinor (then Statoil) to produce a 7inch VXT for all new developments,” he says. “During this, the oil price collapsed, so we needed to reduce cost too.”

The 7in tree comes in two variants, 7x5 and 7x7. Both have the same interfaces. The 7x5 is more stripped down but uses flow control modules depending on requirements through life of field, so that it’s flexible. “This means Johan Castberg wells can be changed from production to gas lift wells by changing the flow control module,” says Lundheim. “The same tree is being used at Ærfugl. This means the same set of assembly procedures, the same control module, the same tubing hanger, reducing schedule and cost.”

The first of these trees was being completed during Offshore Engineer’s visit to Tranby. And there are plenty more to come.