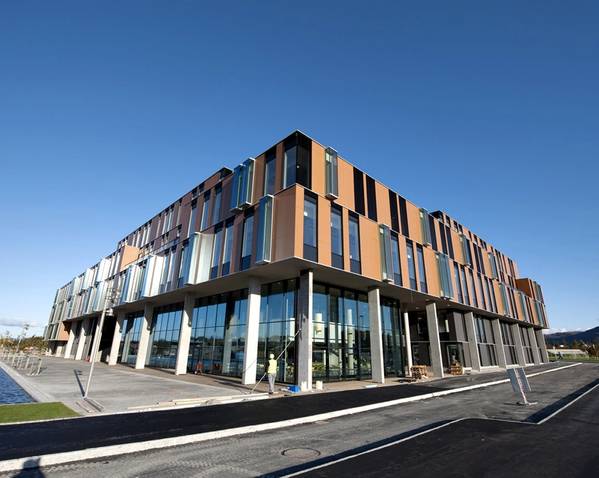 Investment plans, and a not-yet finalized merger with compatriot company, DEA, ought to help an enlarged Wintershall become Germany’s largest and oil-rich Norway’s third-largest producer of oil and gas. First throughputs of gas from the Norwegian Sea and recent acreage awards have the Kassel-based company set to produce oil and gas from large, newly worked-up reserves.

Before Norwegian expansion can continue, however, Wintershall has a number of oilfield issues to resolve that’ll need drilling contractors and reservoir expertise: its flagship, 200-million-barrel Maria field has been temporarily shut-in, and accessing the 80 MM barrels of oil equivalent from the company’s new Nova field development requires the cooperation of infrastructure owners.

Financially solid as a subsidiary of chemicals giant, BASF — and with DEA’s holdings — the company is expanding and ratcheting up production other oil provinces. Norway, however, is key to growth plans and accounts for more than a third of Wintershall’s global exploration budget.

“After merging with DEA, we will be the third largest producer on the Norwegian Continental Shelf, with a daily volume of over 200,000 boed in the next few years,” Wintershall chief exec, Mario Mehren, told an assembly of journalists in Kassel this week. Doubling production “by 2023”, however, might be on hold to surprises at the Maria project, a project which is already partly determining where a planned spend of over €2 billion will go.

While the showcase oilfield, Nova, is on-track, the flagship Maria development is mired in reservoir woes that simulate struggles some have had offshore Ireland, where fractured reservoir sands were an issue for some.

Shortly after first-oil in late-2017 amid proclamations of 20-percent lower costs, production was cut to zero at the end of February 2019, when the field was shut-in. Worse, news reports have suggested the “200-million-barrels” said to be in place at Maria have been downgraded to 60 MM boe. 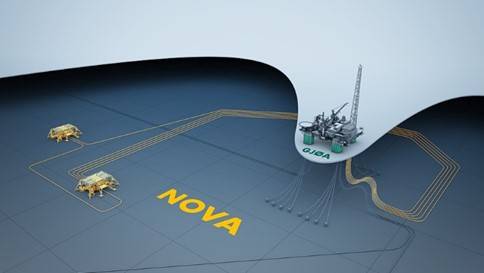 Growth platform: A layout of the Nova field. (Image: Wintershall)

Layered reservoir
The company offered a different view, suggesting instead that reserve count was the same, but that the reservoir was challenging and would be require more drilling: “Extensive analysis to date shows that there is low connectivity between the geological layers in the reservoir, meaning the water injection could not provide the planned pressure support,” company spokesperson, Varena Sattel, told OE Digital by email, adding that “the best way to leverage the full potential of the Maria field” was still being evaluated.

“The objective of the shut-in is to acquire sufficient pressure data across the reservoir for improving understanding of subsurface status and reservoir performance,” she said, adding that mitigation measures are planned and include the drilling of two additional wells by the end of 2019.

“Over the lifetime of the field we intend to produce all the recoverable volumes,” she said, suggesting new wells might be production wells into known producing strata rather than appraisal drilling.

Maria’s subsea templates should have produced an estimated 20,000 boepd to Equinor’s Kristin, Heidrun and Aasgaard B platforms, but throughout 2018 flows dwindled, as water injectors failed to pressurize for production wells. The company has just acquired acreage holding abutting the Maria oilfield, although it isn’t clear whether that was part of the plan at Maria’s start.

With Maria shut-in, the Nova oilfield offers an opportunity to recoup some injured pride. Wintershall appears to be allotting $1.17 billion on a field development plan approved by Norwegian authorities in the autumn of 2018 for a subsea tieback to the Gjoa production platform.

Gjoa’s production infrastructure is to be “life-extended”, although neither the BASF-owned Wintershall — which operates the Brage, Vega and Maria fields — nor DEA, with its operatorship of the Dvalin project, have had a pressing need to extend the Gjoa infrastructure via modifications. Wintershall’s planners are assured it’ll be cheaper than a platform.

Norwegian Sea gas
Apart from the estimated $470 million Maria might have earned in 2019, Wintershall’s presence in the Norwegian Sea includes a large stake alongside operator Equinor at the Aasta Hansteen gas field. It’s been on-stream since December 2018 and the reason earnings passed 100,000 boed in 2018.

Maria might have helped fund drilling at Wintershall’s recent Balderbraa discovery, “one of the two largest discoveries on the shelf in 2018”, in the Norwegian Sea. A company communique says, “Aasta Hansteen and the Polarled pipeline represent new infrastructure in the northern part of the Norwegian Sea, thus opening up new opportunities for this part of the shelf.”

Wintershall is investing around €2 billion from 2017 to 2020 in exploration and development in Norway,” Mehren said. This strategy illustrates the company's strong commitment to Norway,

Post-merger, should it occur, a new Wintershall DEA is expected to quickly add about 40 percent more production to their combined 575,000 boed.

Like its peers, Wintershall is newly involved in Mexico and Abu Dhabi. In Norway, it owns rights to about 50 licenses on the Norwegian Continental Shelf, over half as operator.

The company is the second-largest shareholder in the Aasta Hansteen gas field (24 percent) and owns shares in the Polarled gas pipeline and the onshore Nyhamna gas-processing plant. 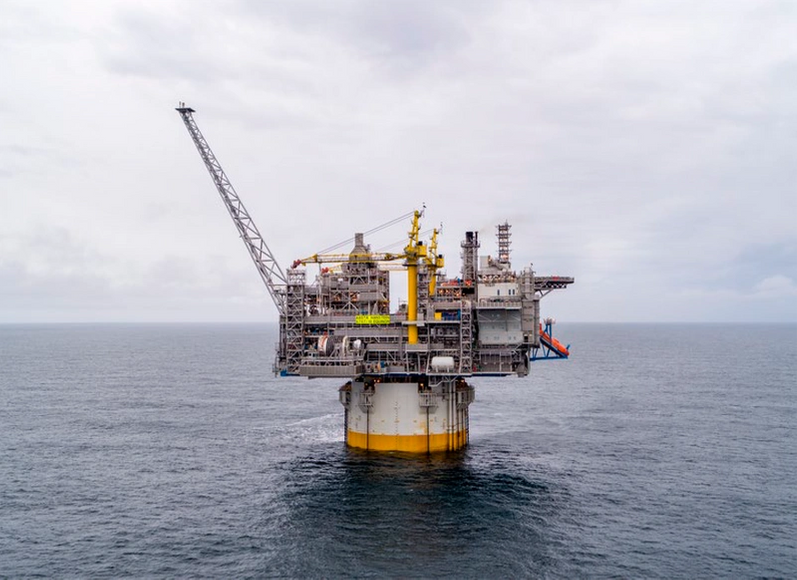