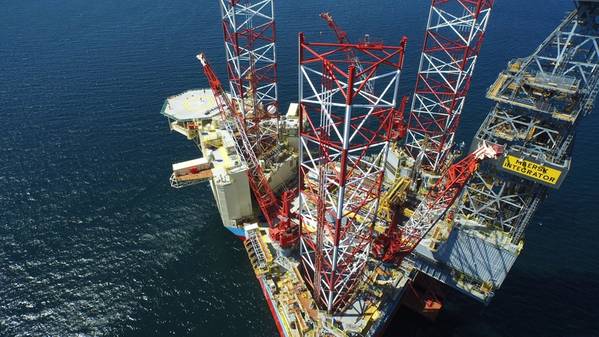 A fall in oil prices in 2014 prompted a severe downturn in the industry as oil companies cancelled or postponed exploration plans, reducing demand for offshore drilling rigs.

"What drives our faith in a market recovery is to a high degree the higher activity we see from the oil companies," chief executive Jorn Madsen told Reuters.

He referred to an increase in utility rates and the number of tenders, longer contracts and more requests from companies looking for rigs to drill for oil and gas.

His comments echoed remarks made by Transocean's chief executive Jeremy Thigpen, who earlier this month said that 2018 marked the beginning of a recovery.

But despite signs of a nascent improvement, a sharp fall in the oil price in the last quarter of 2018 triggered new doubts about the pace of the offshore drilling market's recovery.

Borr Drilling, which listed its shares on the Oslo main exchange in Aug. 2017 in anticipation of a market recovery, is trading around a fifth lower than its listing price

Danish conglomerate A.P. Moller-Maersk is spinning off Maersk Drilling, which will be renamed as The Drilling Company of 1972 and start trading in Copenhagen on April 4.

Shares in the world's largest offshore drilling firm Transocean are down around 40 percent since mid-October when oil prices hit a four-year high of over $86 a barrel.

The price of Brent crude is down around 20 percent from since then, trading at $67.1 per barrel on Monday.