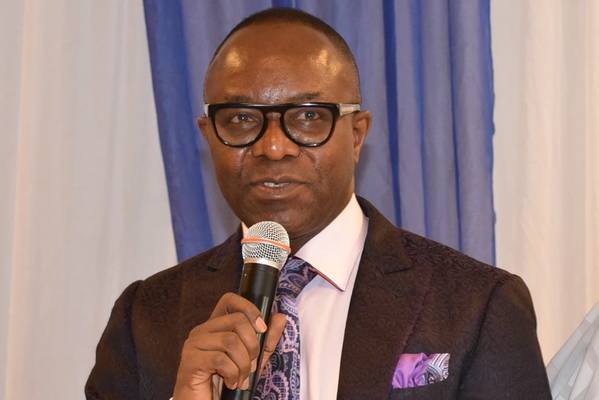 Nigeria's Ministry of Petroleum Resources has recently reiterated its intention to push for an increase of the share to the national crude oil production from indigenous oil and gas companies to 30% in the short-term, but it is not definite how much impact this move will have on efforts to bring online small and stranded offshore oil and gas fields in the West African country.

The desire to ramp up production by indigenous independent oil and gas companies has been expressed orally by the Petroleum Resources Emmanuel Ibe Kachikwu and even if some paperwork could exist to show the intention by Nigeria to have at least 25% to 30% of the projected daily production of 2.5 million barrels by 2023 come from local firms. Yet no previous experience is on record to show the country, which has an estimated 30.1 billion of proven oil reserves, 70% of it offshore, can achieve this target.

Currently, the Nigerian government is grappling with elusive options on how to push through the passage and sign into law the Petroleum Industry Bill (PIB), which some of the indigenous independent oil and gas companies argue has several gaps that hamper their full participation in both offshore and onshore oil and gas projects.

For example, the active indigenous companies, that number more than 25, argue the PIB does not specify how much share they should hold in lucrative offshore acreage nor do they enjoy the benefits from production allowances accruing to Nigeria National Petroleum Corporation (NNPC), which holds between 50% to 60% in major offshore fields largely operated by international oil companies.

Apart from the PIB inadequacies in accommodating the indigenous companies' wishes on how they can be supported to expand their exploration and production capacity, many of them lack the financial wherewithal to venture into the costly deepwater and ultra-deepwater hydrocarbons business, which the International Energy Agency warns “require high upfront capital investment, take a relatively long time to develop and typically have long paybacks periods.”

However, in January, Kachikwu launched the Project100, an initiative to support at least 100 indigenous oil and gas companies in Nigeria to effectively offer seismic, marine, engineering and drilling services.

A national selection process for the first phase has been undertaken to pick companies that qualify to receive financial, non-financial, technical support and also facilitated to access both domestic and international market.

Kachikwu said the companies, initially selected by international consultancy firm KPMG, would be nurtured “into large scale players that will create high impact in the economy.” Already 60 companies have been picked in the first phase. This is the second time Nigeria is attempting to bolster local oil and gas companies after the 2017 launch of the $200 million Intervention Fund by Nigerian Content Development and Monitoring Board and Bank of Industry (BOI) to support them and upgrade and expand their manufacturing in the oil and gas industry.

“Within the next couple of months we will launch another financing scheme perhaps without all the bottlenecks that we see today with the BOI and these selected companies will be our focus areas and beneficiaries,” said Simbi Wabote, Executive Secretary of the NCDMB, in early January.

The drive to boost the capacity of local Nigerian oil and gas companies to effectively participate in exploration, production and other related upstream activities come in the backdrop of optimism of Nigeria petroleum industry's possible rebound after a 15% decline in hydrocarbon resources and 19% drop in production for the period between 2010 and 2017.

Nigeria, one of Africa's major deepwater players has, according to some analysts, experienced a lean period in terms of investments in the hydrocarbons sector especially since 2014 when companies became “reluctant to invest in light of reduced cash flow, some uncertainty over contractual requirements and increased instability” according to the International Energy Agency.

“An uncertain business environment due to legal uncertainty regarding the Petroleum Industry Bill and security issues such as vandalism, robbery and sabotage may hamper production,” said a previous oil and gas industry analysis by Deloitte.

It is not only indigenous Nigerian companies that are constrained to venture deep into the offshore oil and gas business space. Even major international oil companies have delayed final investment decisions on major oil fields development for diverse reasons.

Only two of the nine major deepwater oil fields that have been announced in Nigeria, Erha North Phase 2 operated by Exxonmobil and Egina operated by Total SA, have started production. Others such as Bonga Southwest/Aparo operated by Shell, Bong North also under Shell and Zabazaba/Etan operated by Eni are expected to reach FID by 2020. Other awaited FID are for Bosi oil field operated by ExxonMobil, Satellite Field Development Phase 2, Uge and Nsiko under ExxoMobil and Chevron respectively. These oil fields have a combined capacity of 1,135,000 bbl/d.

A common thread that runs through the twin issue of lack of capacity by Nigeria's indigenous oil and gas companies to effectively compete in the country's petroleum industry and the scaling back in investments by major international oil companies is the uncertainty on current legal framework and persistent lip service by the federal government when it comes to finding lasting solutions to the petroleum industry's evil of insecurity and corruption.