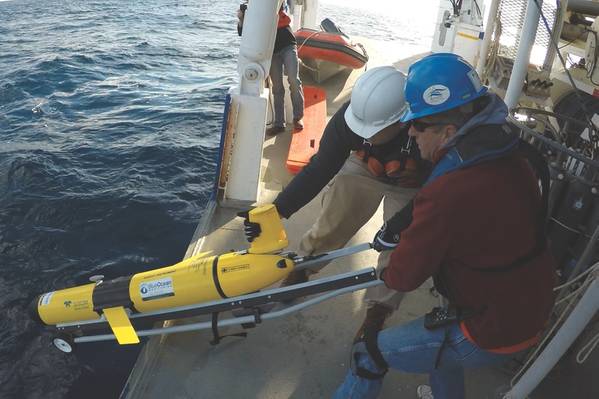 A new tool is being added to the box for hydrocarbon hunting – and a raft of other anthropomorphic and chemical signatures in the world’s seas and oceans. Offshore Engineer reports on developing unmanned wide area remote ocean sensing systems for seep, sound and leak detection.

Since their emergence in the 2000s, ocean glider systems have opened up new possibilities for ocean observation and monitoring. Their capabilities are continuing to expand, including in the oil and gas exploration and production arena, from hydrocarbon seep surveys and passive acoustic monitoring (PAM) surveys during seismic operations to leak detection and oil spill monitoring. The primary attraction of ocean gliders is their ability to stay at sea for months, monitoring wide areas in remote locations down to significant depths. This is because their mode of propulsion is energy efficient. There are two main types of glider. A surface glider derives its energy from waves, converting heave into forward motion using blades or fins on a float, beneath the water, connected to the surface system and a subsea glider, converting vertical motion through changes in buoyancy, into horizontal motion using fixed wings, creates a “saw-tooth” shaped trajectory through the water column. To communicate collected data, satellite or radio communication are usually used, which allows the glider to transmit data, receive mission updates and correct the gliders trajectory.

Sensing with Slocums
Australia-based Blue Ocean Monitoring has been building its track record in the use of subsea gliders, including Teledyne Webb Research’s Slocum Gliders. The company has been expanding both the range of missions possible with these vehicles, to tasks such as drill plume and produced formation water monitoring and oil spill response activities, providing operational insights into how these should be undertaken. The company’s latest goal is to deploy multiple gliders at once with navigation and control from an unmanned surface vessel (USV). But more on that later.

Slocum Gliders weigh 50-60kg, operate for up to 12 months, payload dependent, and are light enough to be deployed over the side of a vessel by one or two people. The Slocum G3 Glider can operate down to 1,000m and travel up to 13,000km, depending on the batteries used, traveling at up to 2kt. Positional accuracy while submerged can be supported using a Doppler velocity log (DVL), pressure sensor, altimeter and magnetometers.

In 2016, working with Canada-based JASCO Applied Sciences, Blue Ocean deployed a Slocum Glider for PAM operations, to aid environmental and anthropogenic monitoring during 3D seismic surveys North Western Australia. A glider, fitted with JASCO wide-band hydrophones, was used to record low and high frequency acoustic signals from marine life in the survey area. The glider traversed for four days, covering about 30km/day, depending on the current, before performing simultaneous operations with the seismic vessel, in a pre-designated PAM area, for a further nine days said Ramsay Lind, General Manager – EMEA, at Blue Ocean. The glider, operating in about 200m water depth off Exmouth, carried a CTD (conductivity, temperature and pressure, i.e. depth) sensor and the hydrophone, which picked up the sounds of the seismic shots used to validate acoustic propagation models for environmental impacts and understand the efficacy of glider platforms being used in this particular application. Local marine life was also of interest with the glider detecting dolphins and an Omura whale. 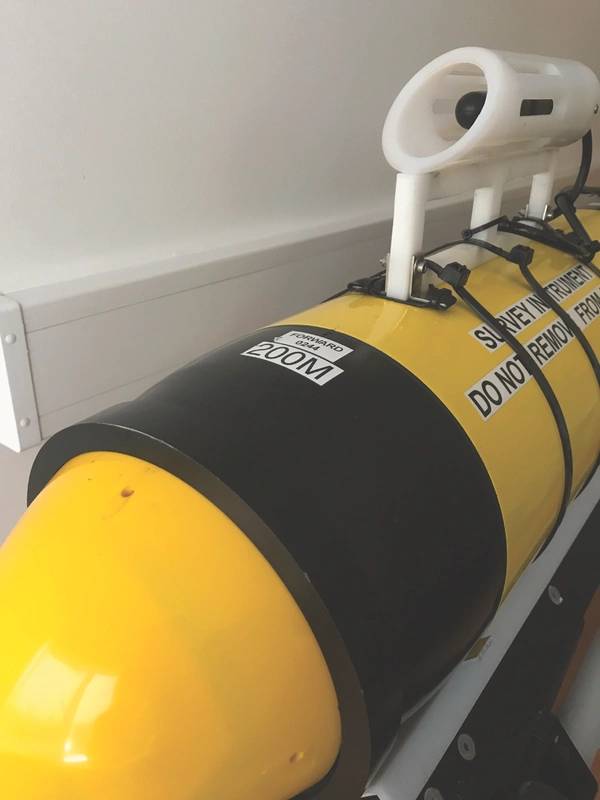 Then, in 2017, Blue Ocean ran another geochemical survey, this time with a more comprehensive set of sensors – and a focus on expanding communications and control capabilities. The Yampi Geochemical Glider Survey, a self-funded research and development project in the Browse Basin, off Australia’s northwest coast, was also designed to detect gas seeps, but, this survey incorporated the use of methane sensing technology, which has previously been used on autonomous underwater vehicles (AUV), but not on underwater gliders. By incorporating a Franatech laser methane sensor, the survey was able to provide greater detail about the hydrocarbons detected, Lind said, “high-grading the information gathered, through the accurate detection of methane in the first instance before contrasting peak values of methane with fluorescent dissolved organic matter (FDOM) values from the fluorometer.”

The project also introduced near real-time communication systems and adaptive management of the glider, by programming the glider to surface at a set interval and then communicating with it using satellite communications. This meant shore-based glider pilots, in Australia or the U.S. (depending on the time of day), could guide the glider to investigate any anomalies that had been spotted in data they had received from it in greater detail. This data could then be used to inform the survey plan.

The project focused on a well-known seep, in 200m water depth, near the Cornea oil and gas field and ran for 14 days. The results were positive, showing background dissolved methane concentrations of 3-4 volumes per million (vpm) as well as distinct plumes measuring 30 to 84vpm. The highest concentration plume was detected at 160vpm, which concurred with existing Geoscience Australia data. This was peer reviewed by the CSIRO.

“We were very pleased with the results, the area proved a good testing ground for the glider showing good alignment with current understanding from Geoscience Australia, demonstrating that the glider platform, with its multiple payload capability and high spatial and temporal resolution, can have real added value, when high grading areas of interest for geochemical seep detection.”

“We’re also looking at using multiple hydrophones to gain directionality alongside real-time PAM processing capabilities,” he added. In other words, by using multiple systems, they can not only detect signals in the water, but also say with a higher degree of precision where they are coming from.

Blue Ocean is already deploying multiple hydrophones on single gliders, enabling some directionality of the sound signal to be determined. It is thought that using multiple gliders fitted with hydrophones, tracked with ultra-short baseline (USBL) communication systems would provide wider area coverage and greater accuracy for calculating where a sound is coming from. Blue Ocean is planning to trial this concept this year. 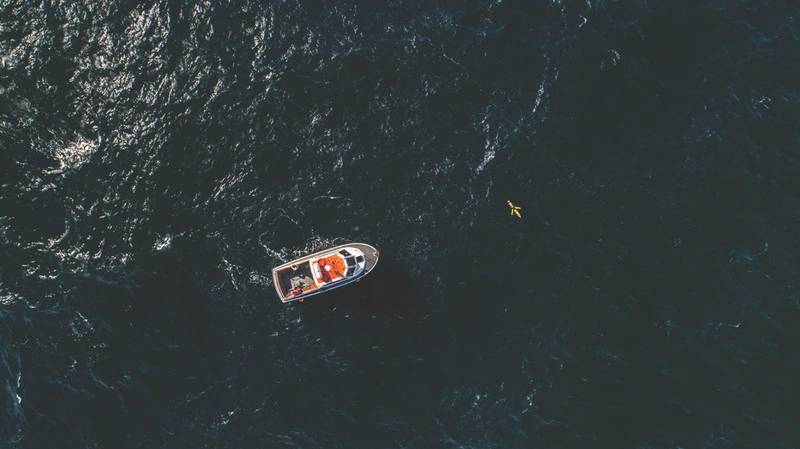 Introducing onboard processing
Blue Ocean is also working on integrating JASCO’s OceanObserver system into its gliders. This would enable some real-time data processing on board the glider. “As it stands, some 375,000 samples per second can be recorded on a glider during a PAM survey,” Lind said, “which is a lot of number crunching (and a lot of data that would need to be transmitted). With this software, some of the processing can be carried out on board the glider, enabling real-time detection of marine mammals for instance.”

Blue Ocean is also looking to where it can provide its capabilities in the offshore wind industry, specifically around construction operations. It’s looking at taking take part in a pilot project to study the impact of piling operations on marine life using a remote, dynamic platform. “The oceans are a vast and largely underexplored space, but with these technologies we’re able to learn much more, without the large overheads, associated with traditional survey techniques,” Lind said.