Time is money, and deepwater means more time and more money. Operators, keen to minimize rig time, have been pushing for more efficient ways to complete wells with multiple zones. One method is to carry out multiple completions in one trip, a technology developed by Baker Hughes that has been around for about 25 years.

That initial job, notes Brad Baker, Baker Hughes product line director, sand control systems, was done on unconsolidated zones in Shell's Beta field offshore California in water depths ranging from 270ft to 700ft. The tool Baker Hughes developed for the job became known as the Beta tool, after the field. 'It wasn't isolated, and it wasn't a full system,' Baker says. It was able to gravel pack multiple zones on the way up out of the hole. Beta left the zones fully open during and after treating, which allowed zones to cross-flow between each other.

A later version of the tool emerged around 1990 when Conoco became interested in the technology for the Gulf of Mexico. However, Baker says, because of higher formation pressures, Conoco wanted a version that could ensure full isolation. Baker was on the team that worked to develop the Beta tool into one that could provide isolation. He ran the first version – called the Mini-Beta Tool – on Conoco's Marquette project in the Green Canyon section of the Gulf of Mexico. It was later deployed from floaters in the North Sea for Shell Gannet, where it was said to have saved up to two-thirds rig time from the conventional means of completing multiple zones.

'It's really a time-saving tool, and that's really how it started,' Baker notes.

The advent of horizontal drilling prompted the temporary shelving of the technology at Baker Hughes until the company was tapped to run the Mini-Beta offshore China. CNOOC, 'the Chinese national oil company applied the time savings benefits to entire field developments in the Bohai Bay and by completing wells faster, further realized substantial savings and dramatically accelerated their production curves,' Baker says of the work, which entailed completing nearly 2000 zones from the late 1990s through 2006.

While Baker Hughes was carrying out completions for all those zones offshore China, a request for increased capability came through from other operators.

'Eventually they wanted to use the tool to frac,' Baker says. The first multi-zone single trip completion solution that came with fracking ability, he says, offered a rate of 10 to 12b/min. About 2002, Baker Hughes came out with a way to frac with rates of 20-30b/min, he adds.

'It's not really that high-tech . . . it's the way it's put together,' Brad Baker says of the technology the company called MZ FRAQ. Over the past two decades, the technology remained primarily on the sidelines. 'Being involved in the creation of it, and seeing first-hand how efficient and simple it was, I couldn't understand why it wasn't mainstream,' he adds.

As the tool evolved, it has become 'more forgiving', according to Baker. Past iterations, he says, needed 50ft between zones, but now the tool can handle zones as close as 5ft apart.

'The irony of all this is the industry is pushing the service sector for this tool to handle the world's most challenging deepwater environments with technology that is primarily a tweak of a system that is over 25 years old and was not widely used or accepted at the time,' Baker says.

Looking forward, Baker sees sand control growing even more as an area for significant focus. 'Sand problems are huge in the industry. If not handled correctly, sand is actually catastrophic,' Baker says.

Baker Hughes' new solution for the ultra deepwater has been tested onshore. Baker says the tool did not show any erosion at 60bbl/min. 'We think we're on to something.'

Soon Baker Hughes expects to launch a new flexible modular MZ system with multi-tiered performance options. The MZ system is configurable to different combinations and number of zones in varying lengths suitable for applications from value driven inland waters to performance driven ultra-deepwater, according to the company. The system will be able to deliver the million plus pounds of proppant at 60+ b/min type of extreme treatments required for ultra-deepwater while providing total zonal isolation during installation, well treatment, and the production life of the well, the company says. The new MZ production packer in standard trim is rated to 12,000psi differential production pressure at 400°F and 15,000psi differential treating pressure. A system design that provides positive tool positioning addresses service tool operation at extreme depths from floating rigs, the company adds. To ensure operational integrity, all isolation systems are pressure testable. All zonal isolation packers can be hydraulically tested individually after setting and are retrievable with a straight-pull retrieving tool. 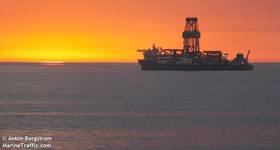 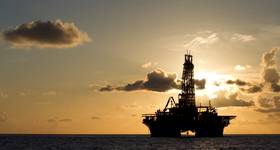