Understanding the environmental conditions at a site are important to determine when offloading operations need to be suspended or when an offloading tanker needs to be disconnected. BMT Argoss naval architect Wojciech Misiag explains why optimising the FPSO mooring and ship-to-ship connection systems are critical to ensuring operational and safety risks are managed effectively.

Oil & gas companies continue to move into new and increasingly harsh and remote environments to meet the world’s growing demand for energy. For example, the potential wealth of natural resources in the Arctic is leading organisations to show an increased interest in this region. However, exploring new frontiers, as well as constructing new facilities carries risks and underlines the importance of understanding, mitigating and managing the associated operational risks. Optimising the design, operability and safety of floating production storage offloading (FPSO) vessels must be considered when it comes to understanding, mitigating and managing the associated operational risks.

Deepwater oil and gas resources are an important part of the energy mix, especially in the US, where offshore production in the Gulf of Mexico has reversed a 23-year trend of declining domestic oil production. According to a new assessment by the US Geographical Survey released earlier this year, 75% of the world’s undiscovered, technically recoverable conventional oil, exclusive of the US, is in four regions: South America and the Caribbean; sub-Saharan Africa; the Middle East and North Africa; and the Arctic provinces portion of North America.

Although these regions represent the richest areas of energy resource, they also signify the most challenging operational environments for oil & gas companies. As well as tropical storms and hurricanes in areas such as the Caribbean for example, the harsh winter weather in the Arctic continues to be the most dangerous and expensive place for oil & gas exploration. Equipment must be specially designed to withstand the frigid temperatures and limited transportation access, and long supply lines can significantly reduce the available options whilst increasing costs. Higher salaries are also required in order to attract personnel to work in such isolated and inhospitable areas.

Tug assisting in spread-mooring operation of a tanker in Arctic.

Despite these difficulties, interest in the Arctic is rising – especially at a time when oil & natural gas fields in other areas are depleting. The combination of environmental conditions experienced in this region is unlike those in existing fields; therefore, companies must have a deep understanding of their influence on oil & gas exploration. This will allow for the optimised design of their marine operations and mitigate associated risks when operating within such harsh and remote environments.

Planning marine operations in these demanding environments is no mean feat. Each stage has its own associated risks that must be managed effectively. The number of FPSOs being put into service is continuing to increase. FPSOs are a particularly attractive and flexible option in remote or deepwater locations as they eliminate the need to lay expensive longdistance pipelines from the processing facility to an onshore terminal. FPSOs can provide an economically attractive solution for smaller oil fields that can be exhausted in a few years and do not justify the expense of major investments in fixed infrastructure, including pipelines. Furthermore, once the field is depleted, the FPSO can be moved to a new location. Environmental conditions, however, can significantly affect the operation of FPSOs and, in turn, production. As such, the risks must be managed.

Wojciech Misiag is naval architect at BMT Argoss, a subsidiary of BMT Group. He specialises in ship dynamic modelling required during harbour and offshore installations design – specifically in the area of ship manoeuvring and mooring – and has contributed to the design and assessment of novel mooring devices.

The Arctic for example, presents challenges in predicting weather and ice flow patterns for the design of FPSOs and transport systems, as well as evaluating ice-induced loads on vessels during exploration operations. By overcoming these challenges, companies can minimise downtime.

In order to stay in place, FPSOs are either moored to the seabed or use dynamic positioning (DP), a computer-controlled system that automatically maintains the FPSO’s position by using its own propellers and thrusters. Regardless of the option used, severe metocean (wind, wave and current) conditions cause motion of the FPSO and loads in the mooring system, if used. Therefore, companies must analyse these conditions and responses early in the design stage so the optimal choices can be made between DP and mooring. If mooring is the preferred option, then the type of mooring must also be selected.

Further, the system for mooring shuttle tankers to the FPSO has to be considered carefully. This can be done either with tandem mooring or side-by-side mooring. Tandem mooring is generally easier both to remain attached and for arrival and departure while side-by-side mooring is generally required because of restrictions in the ability to transfer the product through long or flexible hoses. An unsuitable mooring solution can result in unnecessarily frequent disconnection of the shuttle tanker from the FPSO and subsequently a suspension in production. Badly designed mooring systems are also a safety issue and could result in a fatal accident, so this aspect obviously deserves attention early in the design process.

Side-by-side mooring requires motion analysis of both ships. For both systems, the effect of unexpectedly deteriorating weather conditions such as sudden squalls needs to be accounted for when designing the ship-to-ship connections and developing procedures. Also, tug assistance may be required to support safe arrival and departure of shuttle tankers for both systems. Analysis and simulation of the moored shuttle tankers and of their manoeuvring at arrival and departure allow for risk mitigation to be put in place, while minimising the risk of an unnecessary suspension of production.

The required marine transportation doesn’t stop at the FPSO. Organisations must also consider the shuttle tanker’s journey between the FPSO and the terminal or port where the oil & gas is discharged. Operators want to know how many tankers they will need to guarantee production isn’t interrupted because of insufficient offloading capacity. This number depends on the metocean conditions at the site of the FPSO, the terminal and the route between the two. As such, expected metocean conditions in a severe month have to be known. The resulting delays can then be accounted for in the required fleet size estimations.

Failure to account for weather conditions may result in underequipped shuttle tankers having too weak thrusters or insufficiently powered tugs at FPSO sites or at terminals. This, in turn, could lead to the tankers having to abort berthing manoeuvres too frequently, thus increasing the downtime of operations and halting production at the FPSO site.

Using an effective simulation tool such as BMT PC Rembrandt at the feasibility stage will allow the safety of arrivals and departures of manoeuvring shuttle tankers to be assessed depending on the environmental conditions and provide oil & gas majors with essential information on the operability of FPSOs and oil terminals.

Supporting companies in the assessment of terminal navigational safety is key. Through simulation technology, the limiting conditions for manoeuvring at berths and the required tug power can be determined. The design of port and terminal access channels also influences vessel safety, terminal construction and maintenance costs and must therefore be appropriately assessed.

Optimising the design, operability and safety of the marine transportation within the feasibility stage can provide companies with a larger operational window, increasing production and throughput. Furthermore, understanding the motions and loads can lead to a reduction in maintenance costs. Such analyses can also provide reassurances for the wider community, critically the regulatory bodies and the governments who will have the final say on whether companies can begin exploration. OE 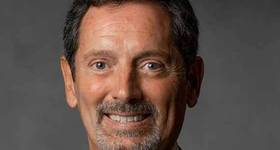