Why Russia toys with new partnerships

As the tension between Israel and Iran ratchets up, an interesting sub-text has developed over the role of Iran’s traditional backer, Russia. While many Western observers continue to raise the spectre of a ‘wider Middle East conflagration’, and one that could drag in Russia, a whole new, higher value, game chip is now in play: Moscow’s interest in Israeli energy.

Israel, and neighbouring and potential partner EU-member Cyprus, of course must be quite aware that Gazprom, Russia’s battering ram, can easily prove to be a Trojan Horse in any major future natural gas development. It will try to affect a project that could certainly lessen its energy stranglehold over Europe. A 20 million tonnes per year liquid natural gas (LNG) export from the eastern Mediterranean into Europe would amount to about one third of current Russian exports.

Whatever one thinks of Vladimir Putin’s politics, one thing is clear: he is a shrewd, often ruthless, operator on the global stage. But Putin’s Kremlin is clearly rattled by the threat of decline for that which underpins Russia’s entire economy: its energy hegemony.

‘Whatever one thinks of Vladimir Putin’s politics, one thing is clear: he is a shrewd, often ruthless, operator on the global stage.’

Putin is only too aware of the triple whammy of falling domestic energy productivity, surging global shale development in the wake of the transforming US shale revolution, and a new threat posed to a European market still dependent on Russian gas imports – the significant potential of Israeli and Cypriot gas exports. According to reports, while publicly playing down the impact that shale gas and oil is likely to have, Putin is privately urging Russia’s energy majors to learn all they can about hydraulic fracturing techniques. Meanwhile, in a bid to retain a key stake in its European export market – Russia supplies a quarter of all Europe’s (rising) natural gas demand – Moscow is set on doing all in its power to protect its ‘captive’ market.

With the looming threat to the economy all too real, Putin and Russia’s energy giants are not idly awaiting the vicissitudes of the market place.

Michael J Economides is a professor at the Cullen College of Engineering, University of Houston, and editor-in-chief of the Energy Tribune, where Peter Glover is the Europe editor. The views expressed in this column do not necessarily reflect OE’s position.

Last year saw Russia outmanoeuvre the EU once again when its Nord Stream pipeline came online way ahead of the EU’s ‘great pipe hope’ to help it diversify away from Russian gas dependency, the Nabucco project. Designed to pipe Caspian region gas to Europe avoiding crossing Russian soil along the way, Nabucco is developing at a glacial pace and still lacks a substantive gas supplier. More recently, Putin and Gazprom have pursued a flurry of new developments aimed at making Russia a ‘more open’ proposition to foreign investors. In March, France’s Total acquired a 20% stake in another Russian gas venture in the Arctic. In April, Putin flagged new tax breaks for offshore oil and gas to make far-flung projects more viable. Meanwhile, Russia has ramped up its militarization of the Arctic in support of its energy claims there. And in recent weeks, Russia’s gas giant Rosneft, has cut Arctic exploration deals with Norway’s Statoil and with Italy’s Eni. Potential partnerships between Gazprom and Shell are also in the offing.

But there is now a new kid on the block that could pose a very clear and present threat to Russia’s vital European market: Israel along with Cyprus and their upcoming potential status as gas exporting energy superpowers. Here is a fascinating new play in the Israel-Iran nuclear saga.

Development of the eastern Mediterranean’s newfound natural gas wealth could well end up reaching the European market. In recent days, an Israeli news report quotes a senior Israeli gas executive as saying: ‘The Russians have been poking around here for a while. Everyone knows about the Russian interest in controlling the European energy market. Do they want to buy from us, or delay our efforts? I don’t know. But they are here.’ The same report also cites Israeli energy website Tashtiot as claiming that during Putin’s recent visit to Israel, he and Israeli prime minister Netanyahu agreed a deal to form a junior company to Gazprom that would help develop Israel’s Leviathan gas field in the eastern Mediterranean. In the same week that Putin visited Jerusalem, Eurasia Monitor reported that ‘the government agency that oversees Russia’s arms exports and imports . . . confirmed that Iran is suing Russia for damages to the tune of some $4 billion in the Court of Arbitration in Geneva for cancelling . . . a contract to sell five divisions of the S-300 long-range anti-aircraft missile system worth an estimated $800 million to $1 billion.’

It seems that Putin’s Russia is playing a long game of its own. Many observers assume that Russia, having helped construct Iran’s nuclear plant at Bushehr as part of a long-standing relationship with Tehran, would be likely to become embroiled directly in support of its Middle East allies in an Israel-Iran conflict. However, the Kremlin appears to have higher economic and political priorities. Chief among them: ensuring its vast energy resources help it to remain a global superpower.

So what Russia would do if Iran was attacked? Intriguingly, the answer may have been settled with Putin’s Russia having already sold out its Iranian ‘partners’ for an attempted hand into Israeli gas. OE 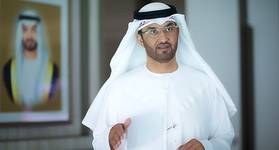 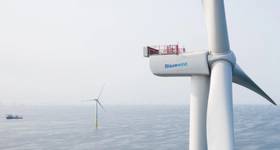